Trends over relationships: the Edem and Sarkodie saga 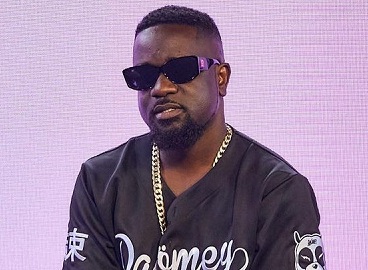 Relationships and loyalty are supposed to count for something; they are expected to be pegged above everything in the book when it comes to show business.

Unfortunately, the obsession with social media and trends has gradually killed such critical life ethics.

This week, musician Edem was on Twitter and had some words for his peer, Sarkodie, over the latter’s inability to feature in the video for his new single Favour.

He wrote, “Yo, Sarkodie, I know you feel bad for bad for not showing up for ‘Favour’ video. Team even lose money for that but I forgive you my G. No hard feelings. Call me when you need me, I go dey for you.”

Subtle jabs
Edem is one of the most intelligent chaps in the music industry. He is confident, articulate and knows the business. Some observers have commended him for calling Sarkodie out but I feel otherwise. There’s nothing commendable about his tweet. It is fraught with subtle jabs and innuendos.

His team lost money due to Sarkodie’s inability to show up. How? There could be varied reasons money could be lost for Sarkodie’s no show; they may have purchased costumes for him, gone to a location of Sarkodie’s choosing or any other demand from Sarkodie that had some form of expenditure.

If the above scenarios are true, then it clearly means they communicated over all these. Why didn’t Edem communicate his dissatisfaction to Sarkodie in the same mode they had such discussions instead of placing his concern on social media?

You forgive him? Clearly, Edem is aggrieved at Sarkodie’s refusal or inability to show up at the shoot but why use social media to address such?

“Call me when you need me, I go dey for you” is sheer cynicism, a reminder from Edem to  Sarkodie that he was responsible for the latter’s first major breakthrough when he put him on his Hammer-produced track, You Dey Craze.

Putting Sarkodie up for ridicule
The moment I saw the tweet, I realised Edem was being disingenuous. This was Edem not only courting a pity party but pitching Sarkodie for backlash and the venerated rapper was actually debased by observers on that platform.

Some critics of Sarkodie have over the years held against him, his so-called inability or refusal to offer support for his peers, with his issue with Kwaw Kese as the latest albatross around his neck so it was convenient for Edem to post such on his handle and invite all manner of vitriol against Sarkodie.

The confounding bit is this; when Edem was looking for Sarkodie for a collaboration, he didn’t post it on social media. When the two had a discussion on the theme of the song and its making, it was not posted on social media and when Sarkodie provided his verse for the track, Edem did not post it on his Twitter page.

So how come that Sarkodie doesn’t show up for the video shoot for inexplicable reasons, and the world is getting to know that Edem is not excited about it.

Trends over relationships
Edem is smart; he knows that in this current dispensation of the music business, regardless of how good it is, an artiste needs some sort of promotion, push and marketing in order to generate that buzz.

For him, he chose to shroud the release of his song with controversy and relegated any form of relationship and loyalty to the background. He was willing to treat Sarkodie unfairly in order to gain the needed attention.

The fact is, he was willing to put Sarkodie under the bus in order to generate a promotional drive for the song and he did. He was willing to drive eyeballs to his new video at the expense of the brand Sarkodie.

The new normal
The new normal is that entertainers have now developed a penchant for airing their grievances on social media instead of reaching out to each other and having healthy conversations.

The new normal is that trends triumph over friendship, relationship and loyalty!