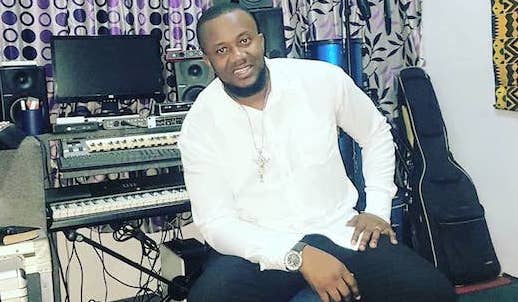 IN the last one year, the local music industry has lived the maxim that necessity is the mother of invention, by finding innovative ways to stay relevant as the COVID-19 pandemic took a heavy toll on the industry.

Just as live music concerts gave way to virtual music shows due to COVID-19 protocols and restrictions, so too did industry players such as music producer and sound engineer, Roro, explore external markets for survival.

Known in the music industry as Roro (real name Roland Ackah), he told the Graphic Showbiz that, during the downturn in the business, he had to find new markets in Europe and the Americas for his creative works and has since been cashing in on it until the industry returns to normalcy.

"It has not been easy but we are managing the situation as best as we can. COVID-19 is a global pandemic and has affected everything. For us, it has affected releases but it hasn't been that bad.

"I, for instance, took advantage of the pandemic to work for my clients in Europe and America. I send them the beats and they work on them in a studio and send them back to me to work on.

“It was more of online jobs and I took advantage of that to cash in," said Roro as he opened up to the Showbiz about the highs and lows of his once high-flying career.

He maintains that the ban on social gatherings in Ghana had adverse effect on his business but he rather chose to find innovative ways around it than to lament about the challenges he was confronted with.

"Here in Ghana, there were no shows and nothing was happening so we had to make the best out of the situation and naturally our finances were affected.

"We were the hardest hit during the lockdown but now things are gradually bouncing back and we are grateful to God. We are adhering to the safety protocols and hopefully we will get there, he said.

At the height of his career, Roro who runs the Bortianor Hills-based Roro House of Music as its CEO used to be one of the most sought after sound engineers back in the day.

He came into the limelight in 2005 when he worked on the hit song 'Mehuri So' by the late 'Dancing Prophet' Seth Frimpong; most of his works were accompanied by his signature 'Roro Roro’.

However, he almost disappeared from the music radar, in part due to a protracted illness, before bouncing back in style in 2020.

For personal reasons, Roro would not elaborate on his health issues but indicated that those three years opened his eyes to the wickedness in the industry.

“I have been very sick from 2016 to 2019; this industry is very evil and wicked. I was managing Daddy Lumba then when I had the attack at an Adonko Show in Kumasi but this is a conversation for another day,” he said.

The famed music engineer Roro has a number of honours to his credit, including winning the Best Sound Engineer award at the Sama Arts and Music Awards in 2006, as well as several other awards, nominations at the Ghana Gospel Music Awards and two nominations for the Vodafone Ghana Music Awards.