I'm enjoying success because of my originality - Black Sherif 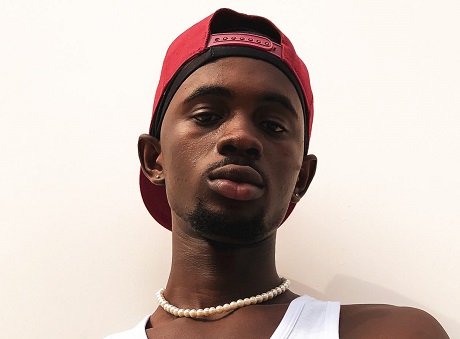 Hiplife/Hip Hop musician Mohammed Ismail Sherif popularly known as Black Sherif has gained a lot of traction for his works and especially for his unique presentation style.

For the artiste, who won the hearts of music lovers with his single Money, his works are being celebrated because he stayed true to his craft and did not imitate the works of senior artistes.

He added that being original and not copying any artiste has really paid off. “Not many up and coming musicians get the huge support at the beginning of their careers but the support I am getting now is overwhelming.

"The reactions to my songs on YouTube and the positive comments I read online show that I am doing something great. Since I dropped Money and Destiny last year, the support has been massive till today and that has been encouraging,” he told Graphic Showbiz recently.

Black Sherif made fruitless attempts to announce himself for more than five years until luck smiled on him last year and he is ready to go the long haul.

“I want to stay around for a very long time and that will all depend on the songs I drop. I have a solid team behind me who make sure what I put out is the best and all the positive reviews I’ve had so far are very encouraging,” he said.

Black Sherif released a single First Sermon in May this year and followed up with Second Sermon on July 16. The two singles, which talk about the struggles he has been through are getting a lot of attention for tackling poverty, a subject dear to the youth.

Read also: It’s been a rough journey —Adina on career