I am not a lazy artiste—Jupitar 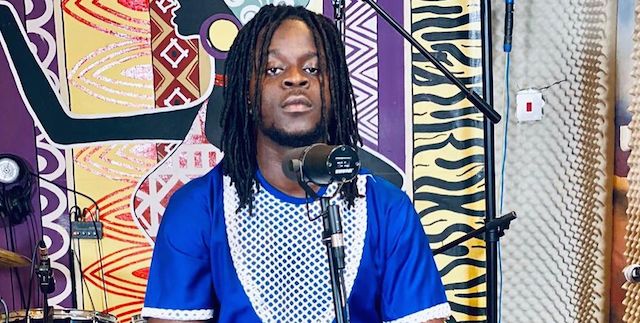 THERE is no doubt that Dancehall artiste Jupitar is talented but his releases have been few and far between.

In fact, since the release of his hit single Enemies, not much has been heard of him.

So while people recognise his talent, there is a perception that he is lazy but in a recent interview with the Graphic Showbiz, Jupitar said it was not true.

According to him, anytime he goes for interviews, the one question he gets asked a lot by fans is whether he is lazy.

“I get not less than five questions from my fans asking if I am a lazy artiste anytime I go for an interview. I don’t know why they would ask me that because I am not lazy.

“The fact that I don’t release hit songs consistently does not make me a lazy artiste. I don’t know if waiting for the right time to release good music is termed as laziness,” he said.

Jupitar revealed that he had actually been very busy at work even during this period when things are slow because of the coronavirus pandemic.

“I have been performing at several events. Even in this coronavirus era, I played back to back international shows and I have done collaborations with some Jamaican artistes,” he stated.

Asked if it was difficult doing a hit song, Jupitar said it was not hard for him. “No, not at all for me. I think everybody has his own formula in this game, I prefer releasing songs at strategic times.

“After Enemies, I released another great single Eternity with Kuami Eugene which was a hit and I just dropped another one, Neighbour with Kelvyn Boy. I also have one with Shatta Wale which will blow the minds of Ghanaians,” he disclosed.

Sharing his thoughts on the current state of Dancehall music in Ghana, Jupitar said there had been great improvement.

“Dancehall in Ghana is doing fantastic. We have great talents in Ghana pushing Dancehall to another level. The clash between Stonebwoy and Shatta Wale has also given it a lot of attention.

“Now, people all over the world are recognising it. Even Jamaicans on YouTube are reacting to our songs which shows that attention has been brought to Dancehall,” he said.

Jupitar, real name Michael Okine, has other songs such as Top Shella, Why Worry, All Out, Dream and Money Box to his credit.