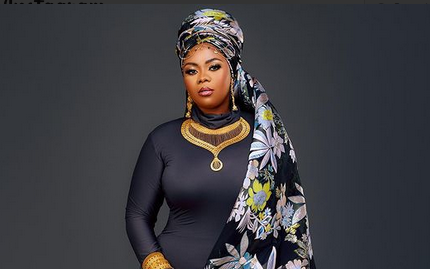 When Gospel musician Empress Gifty decided to launch her latest single 3y3 Woaa, she chose to do it in style, inviting family, friends and colleagues to the Underbridge Events Centre at East Legon for an exclusive ceremony.

The launch saw Empress Gifty perform the new song as well as some other songs from her rich repertoire amidst cheers from the guests who sang and danced along with her.

Empress Gifty first appeared in a coffee and gold dress and later changed into a red outfit. Prophet Elisha Salifu Amoako, was on hand to do a fund raising for Empress Gifty’s foundation and managed to raise over GH¢50,000 cedis on the night.

Patrons were treated to a three-course dinner as well as some cocktails to make their night complete.

Speaking on the sidelines of the launch, Empress Gifty said 3y3 Woaa was written by Nana Odu while she arranged it.

“Initially, it wasn’t 3y3 Woaa, it was 3y3 Onoa but as a Minister, I pray over every song that is written for me so after prayers and careful consideration, I rearranged it to 3y3 Woaa and here we are today.

“When God decides to do something for you, it doesn’t matter what anybody says or thinks, He will still go ahead and do it so the song is to magnify God for all His goodness unto mankind,” she stated.

The piece is a nice song and easy to sing along because guests got the lyrics by the time Empress Gifty was singing it for the second time at the launch.

The song gives God glory for His goodness and has a line that goes like, “Had it not been for the Lord where would I be?”

Empress Gifty added that, “there is no doubt that it is an amazing song, everyone should download it and enjoy it because it will surely be a blessing to you and your family.”

Empress Gifty first came into the Gospel music industry over a decade ago as Gifty Osei and has hit songs such as Aseda, Fefeefe, Turn it Around among others.