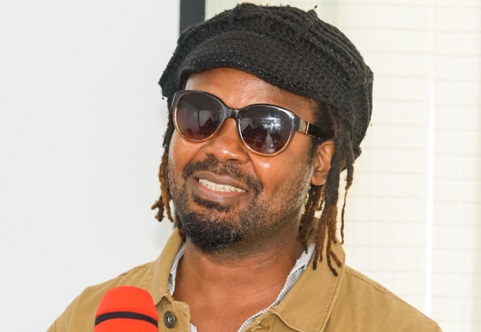 Music’s role as a tool for change cannot be overemphasised; for generations, it has been used to fight oppression, to change behaviours and to bring attention to important issues.

That important role music plays was at the back of the mind of Ivorian guitarist and Jazz artiste, Constant Boty, when he decided to embark on his Time To Care project.

Time To Care is a musical initiative Constant Boty is using to raise funds to purchase much needed equipment for the paediatric unit of the Hope Christian Hospital at Gomoa Fetteh in the Central Region and was officially unveiled on Thursday, November 26, in Accra.

Initiative
The Hope Christian Hospital is the health centre for the Village of Hope Orphanage at Gomoa Fetteh but it provides care not only to the children but the township and surrounding communities.

Unfortunately, it’s paediatric unit is sorely lacking in equipment and according to the hospital’s authorities, the unit would need about $200,000 worth of equipment to help save the lives of babies.

Constant Boty said the help was urgently needed at the facility and he wanted to take the lead in fundraising initiatives.

“I informed some of my friends around the world about my plans and asked for their help. My aim is that at the end of it all, the paediatric unit would be fully equipped,” he added.

He revealed that all the proceeds from the Time To Care song will go the Village of Hope and appealed to everyone to support the project.

Constant Boty produced Time To Care which lyrics were written by Dzidzo Johnson, an alumnus of Hope Christian Academy, an educational facility run by the orphanage. London-based Russian/Polish jazz vocalist, Tamara Raven was invited to be a vocalist.

In producing, Constant Boty sent the core of the song, which encourages people to show care to those in need, to Araba Hammond, the music teacher at the Village of Hope, to rehearse the song with 12 children.

They all joined him at the Destiny Studios in Accra where they rehearsed under his supervision and then recorded the song. Sound engineer, Alfred Djarah, put it all together to produce the final mix, while the mastering was done in France.

Church of Pentecost builds and hands over prison infrastructure to govt

20,000 wheelchairs handed over to Ministry of Health