Sulemana Abubakar: The giving IT warrior 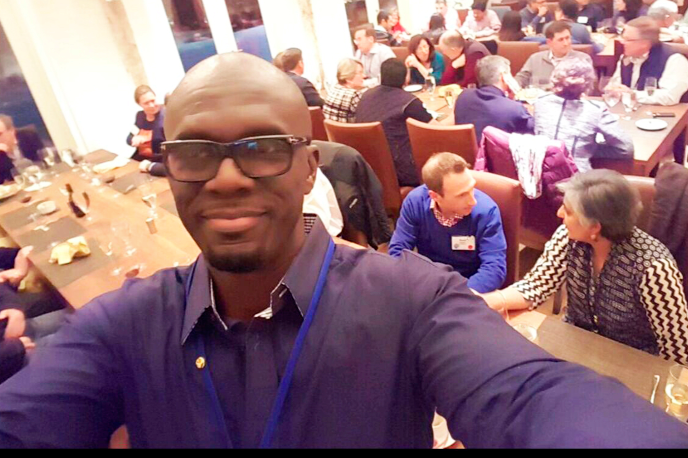 Perhaps if he had not been an engineer, he would not have ventured into IT either, but what we do know is that he would still have found a place in his heart to always give back to the community in his own small way.

In his view, whether you donate money or time, giving back is beneficial.

Giving back to individuals, or your community, and expecting nothing in return; where your sole reward is the realisation that you’ve made a significant impact in someone’s life, that’s his passion.

For two decades, he was away from home working in the United Kingdom and then the United States but this never stopped him from tracking what was happening in his motherland and extending a hand to the underprivileged when the need arose.

For example, a few years ago he read in the newspapers that a school in the Nkawkaw municipality had no furniture, and that the pupils were sitting on the bare floor to write.

Touched by their plight, he reached out for details of the school’s needs, raised funds through his network of friends from Mfantsipim and colleagues and ended up furnishing the nine-classroom block with chairs and tables built by carpenters from the village.

“My company, GE, also donated some books to the school. This I believe is a way to impact life in your own small way,” he stated. 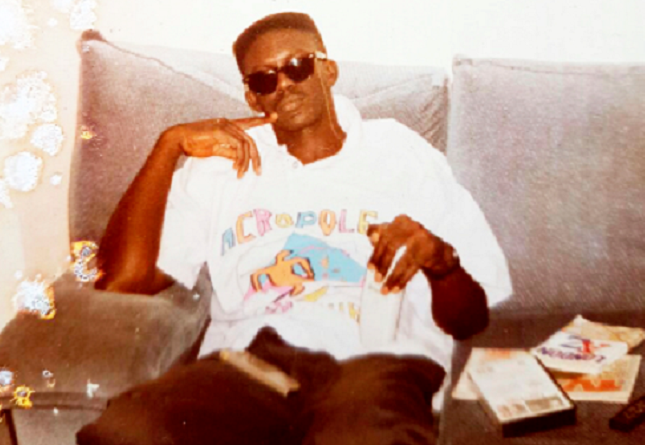 Abu has always believed in blending fun with serious academic work. “There is the need to always strike a balance. You cannot sit on the fence and be anti-social, as we term it in school.

“You should make time for fun but also study consistently, a simple philosophy to keep you high on the academic ladder,” he explained.

Although the young Abu loved to DJ while in school, he never turned his back on his academic work, and was awarded with prizes in Physics and Chemistry in the sixth form at Mfantsipim School.

His advice to students

“When the teachers aren’t able to cover topics in depth, find time to do your own extra reading, daily if possible. You’ll be amazed at the end of term to see how much you’ve accomplished on your own.”

At school, Abu admits he never participated in any sports yet he was one of the loudest on the field.

“I was always a cheerleader inspiring my house during inter-houses competitions and my school during the inter-schools and zonal tournaments,” he added.

After the Sixth Form, he gained admission to the Kwame Nkrumah University of Science and Technology (KNUST). There, in Republic Hall, he was elected Entertainment Chairman.

“Those years on campus were my best years ever - as the freedom and independence was greater than we had experienced in secondary school,” he stated.

Despite the abundant freedom, he studied hard to attain a First Class in Civil Engineering. 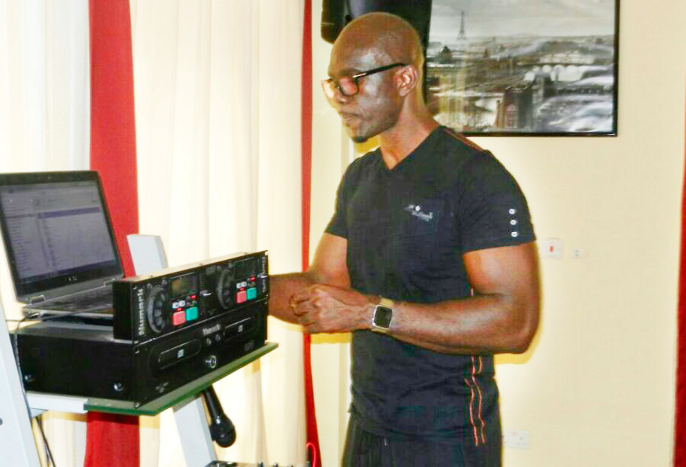 If you were in any of the Cape Coast schools in the 80s, then you most likely knew of “DJ Abu.” This stemmed from his love for music, and he ‘deejayed’ for his school’s entertainment, as well as at the neighbouring schools.

His name was on event posters at that time and that for him was a big deal.

“Apart from Mfantsipim, I also played for other schools and even at “Cape Vars”, the local university. I was actually a guest spinner for Big Apple,” he recounted with a smile.

According to him, he was never broke on campus because he was always paid to ‘deejay’.

“I could get as much as 400 cedis at that time and this was good money for a student. It was enough to let any young guy feel ‘hip’ at school. In fact, it was cash for my financial independence.”

‘DJ Abu’ loves most genres of music. With this high passion for mixing songs, he has set up a mini club at home where he still unwinds with music whenever he is free.

Abu on the runway

It is obvious Abu is a man of many talents. He was one of the two first male models for Saint Osei Fashions, Ghana’s original fashion house. Ricci Osei, popularly known as Saint Osei, was one of Ghana’s earliest and most talented fashion designers.

He is credited with the establishment of the first modern fashion studio in Africa in the 1970s, and was also the father of Reggie Rockstone, the godfather of hiplife,” he disclosed.

According to Abu, back then the hottest venues in town were the then Star Hotel and Ambassador Hotel where he was always on the runway showcasing Saint Osei’s designs.

From Civil Engineering to IT expert 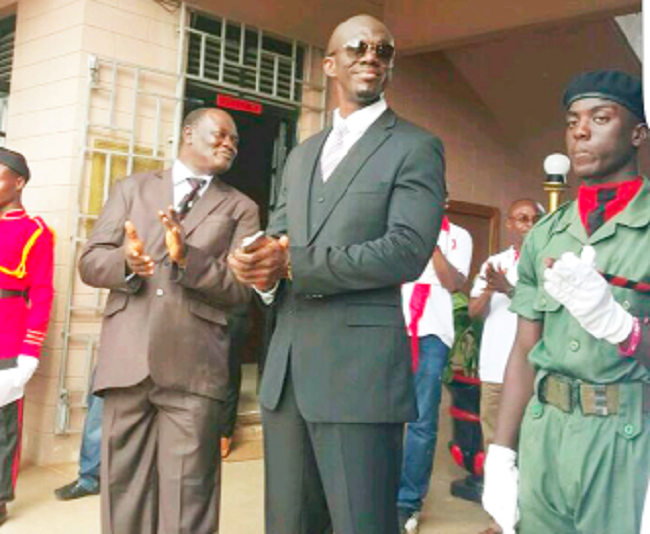 We asked how the Civil Engineer became an expert in Information Technology, and he explained that it began with his first corporate job in London, with the NatWest Bank. He was moved to the IT department because of his engineering background.

He says, “there is a natural link from engineering to IT, and I decided to accept the challenge for a new career path which has led me to my current role.”

As the Chief Information Officer, he leads the entire IT function across the sub-Saharan Africa. His core duties are to make employees productive through the use of technology, use IT to drive growth, sales and grow IT talent for the industry.

“When I joined GE Africa in 2012, there were only two people in IT; however, four years on, we are now 24 IT experts.  We hire college graduates and groom them for the sub-region. Basically, I’m now into leadership, coaching and mentoring,” he stated.

What does GE offer in Ghana?

GE is a digital industrial company. In Ghana, GE works with the government, corporate customers and other stakeholders to solve infrastructure challenges in power, healthcare and oil and gas.

Since 2011, GE has invested millions of dollars in Ghana, through training and developing Ghanaians, sourcing from local suppliers and service providers and investment in new office space. 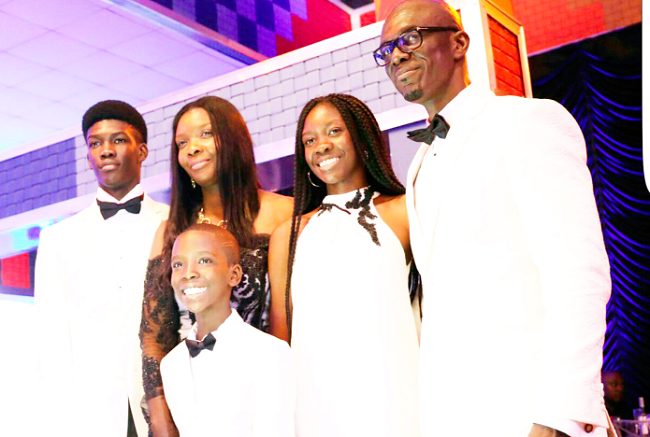 Abu was born to Mrs Ernestina Veronica Halm 50 years ago, one of six children, and raised by the late John Kwesi Halm who was the Chief Accountant for the then Graphic Corporation.

Mr Abubakar is married to Nana Efrima Sam, whom he met while at KNUST.

They are blessed with three children: Zidane was named after the retired French footballer and current manager of Real Madrid. He is currently studying Chemical Engineering at the Massachusetts Institute of Technology (MIT); Zeeta currently attends the SOS-Hermann Gmeiner International College, Tema, and Zaiid is a student at Multikids Academy.