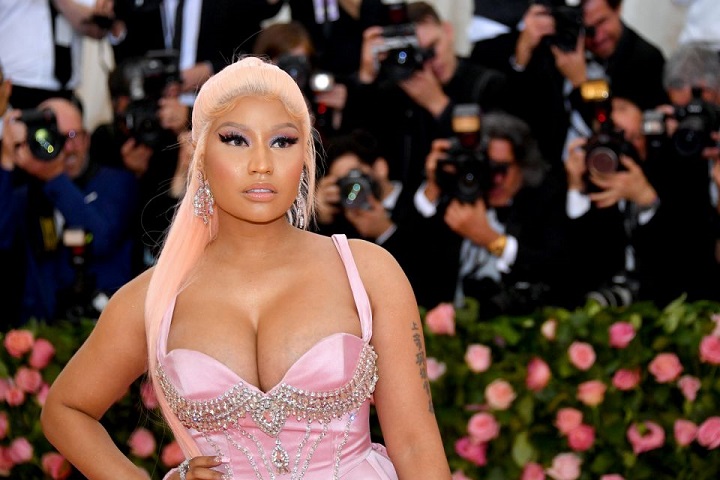 On Saturday, Jan. 2, Nicki Minaj took to Instagram to share the first full photos of her 3-month-old baby son, finally showing her fans his face. She has not, however, revealed his name yet.

The 38-year-old "Barbie Tingz" rapper's post includes pics of the boy wearing Fendi, Burberry, Versace and other luxury designer outfits and accessories. Some show him sitting in a 4Moms Mamaroo4 infant seat. Nicki also shared a video titled "Best of 2020," which shows her speaking to her son.

"#PapaBear thank you so very much for choosing me to be your mama," the rapper wrote. "Wishing you guys a happy & prosperous New Year. Thank you for your love & support throughout this journey. It's meant so much to me."

Nicki continued, "Becoming a mom is by far the most fulfilling job I've ever taken on. Sending love to all the superhero mothers out there. Big hugs to all the women who have been pregnant during this challenging time."

Nicki and husband Kenneth Petty welcomed the baby boy at the end of September, two months after the rapper confirmed her pregnancy with a baby bump photo on Instagram. In October, Nicki shared the first photo of their son, which showed just his foot.

While she has not revealed the boy's name, she did tell fans in a recent chat on her fan radio what she almost named him.

"You know what his name was supposed to be? I think l might still change it," she said, according to ET. "A lot of people said they liked it, but I said, 'Nah.' His name was going to be Ninja...I changed it at the last minute."

On Jan. 2, 2021, to celebrate the New Year, Nicki shared the first full photos of her and husband Kenneth Petty's son. However, she still did not reveal his name.

Nicki's son sports a tan outfit by the designer, right down to the socks!

Nicki's son goes for a ride in some stylish threads.

Nicki's son hangs out with mom.