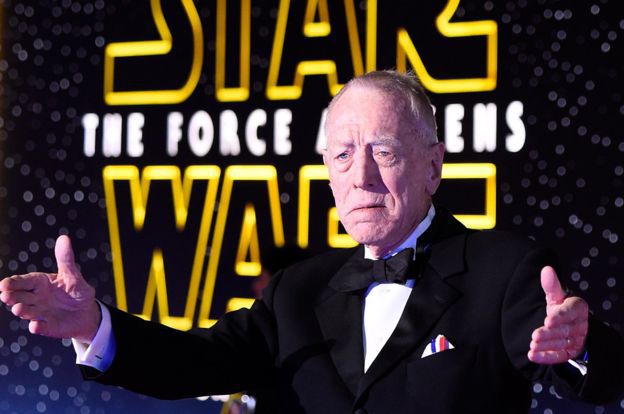 Actor Max Von Sydow, who appeared in films and TV series including The Exorcist, Flash Gordon and Game of Thrones, has died at the age of 90.

His family announced "with a broken heart and infinite sadness" that the Swedish-born actor died on Sunday.

Von Sydow's other film credits included Hannah and Her Sisters, The Seventh Seal and Star Wars: The Force Awakens.

He was nominated for two Oscars during his career - including best actor in 1988 for Pelle the Conqueror.

His other Academy nomination was best supporting actor for his role in 2011's Extremely Loud & Incredibly Close.

Von Sydow had a fruitful run of 11 films with legendary Swedish director Ingmar Bergman, including The Seventh Seal, in which he famously played chess with Death.

Hollywood came calling, but he reportedly turned down the role of Captain von Trapp in The Sound of Music.

He agreed to cross the Atlantic to play Jesus Christ in The Greatest Story Ever Told in 1965, and his global success grew with memorable roles like the priest Father Lankester Merrin in 1973 horror The Exorcist.

"I really enjoyed that film. I grew up reading Flash Gordon so it was sort of nostalgic for me," he once told The Times. 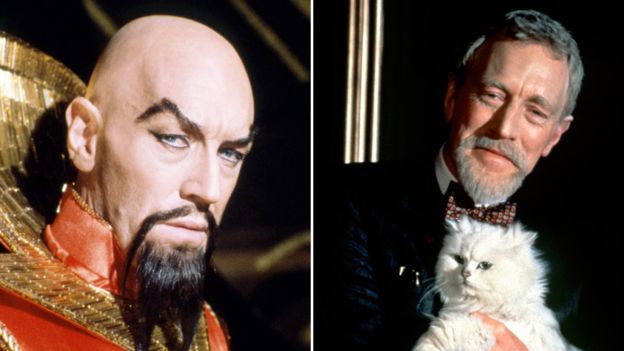 In 1983, Von Sydow played evil again when he was cast as the sinister Ernst Blofeld in James Bond adventure Never Say Never Again.

He was often typecast in Hollywood as the sophisticated villain, which the Associated Press said was down to him being "tall and lanky, with sullen blue eyes, a narrow face, pale complexion and a deep and accented speaking voice".

But he once said in an interview: "What I as an actor look for is a variety of parts. It is very boring to be stuck in more or less one type of character."

Describing him in 2007, the Los Angeles Times wrote: "Von Sydow is an inherently imposing screen presence with distinctive chiselled features. But in person, he is a warm, unpretentious man profoundly grateful for a career that he himself refuses to consider remarkable." 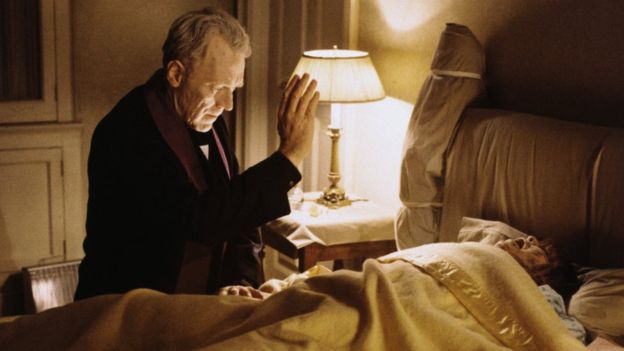 Von Sydow was nominated for an Emmy in 1990 for his role in the HBO thriller Red King, White Knight.

He continued acting late in life, voicing a character in The Simpsons in 2014, appearing in Star Wars: The Force Awakens in 2015, and in three episodes of Game of Thrones as the Three-eyed Raven in 2016, which earned him a second Emmy nomination.

Director Edgar Wright led the tributes on Twitter, writing: "Max Von Sydow, such an iconic presence in cinema for seven decades, it seemed like he'd always be with us.

"He changed the face of international film with Bergman, played Christ, fought the devil, pressed the HOT HAIL button and was Oscar nominated for a silent performance. A god."