Among the many tributes paid to Nelson Mandela, few have touched on his role as a fashion icon. Except in Indonesia, where he is fondly remembered for helping to bring the nation's trademark colourful batik shirts to a global audience.

Although most of Mandela's shirts known in South Africa as "Madiba shirts" were designed by the South African designer, Desre Buiski, some came from the celebrated Indonesian designer, Iwan Tirta.

Here are excerpts of a conversation with Desre who has made over 100 shirts for Madiba since 1994:

How did you get that first shirt to him?

I heard he was making this appearance just down the street from where I was living and I was like “I have to take him a gift”, but there’s not much you can buy at 11 o’clock on a Saturday night, you know?

Then I thought, ‘hang on, I’ve got a shirt from my old shop in America with the tag still on it that just happens to be an extra large’.

So yeah, that’s the shirt I gave him that became the very famous fish shirt.

So how did you actually get that first shirt to him?

I went up to his car and knocked on the driver’s window, which he rolled down immediately, unlike in America where you’d be pulled away and probably arrested, you know?

Then the driver just pointed at the bodyguard and said “go tell him, he’ll help you” and sure enough the body guard was like “No problem” so I gave him a huge hug to pass on to Nelson Mandela.

What was the next step after that?

Then, the day after the inauguration, my friend called me saying “have you seen the newspaper?” but wouldn’t tell me anything.

I bought a paper and, to my absolute amazement, there he was on the cover wearing the fish shirt I had given him. I began to send him shirts through Mary, his PA.

So when did you first start making the shirts specifically for him?

It must have been about a year after the fish shirt. I got a call out of the blue from Mary saying that the next time they were in Cape Town they were going to arrange a meeting for me and I was just amazed.

What happened when you met him, then?

Well, when he entered the room, I literally dived into his arms and started hugging him.

At this point I was quite tearful and he goes “it’s such an honour to meet you” and you wanna just correct him, you know? Be like “No, it’s my honour!” That’s how humble this man is.

I then said that I wanted to offer my services to him but that I wasn’t looking for pay because I already had my business manufacturing men’s shirts.

He then asked me, “Well, would you like to make some shirts for me?” and I was like “Oh my God, of course!” Then a month later, I delivered the first silk shirt to him for his 79th birthday.

Has he ever asked for a certain print or anything like that?

No, but what he did do, in 1996 on his state visit to Britain, is have Mary call me because he needed four black shirts to wear while he was there.

That trip, the Queen actually invited him to stay at Buckingham Palace, which doesn’t usually happen.

Also, he was one of the only visitors not to wear a suit while he was with the Queen. Actually, when I was at his home once he told me that after that trip Giorgio Armani had called him and was very upset that Mandela wasn’t wearing the suits he had given him!

So basically you beat Armani to dress the best guy in the world.

Well, yeah. He favoured the shirts over the suit on this occasion. I think that the shirts kind of represented that new South Africa idea as well, you know?

They were so informal and most of the early shirts were quite loud so it made him stand out amongst all the other world leaders in their suits.

So what’s your most memorable experience with Mandela?

"It's just been the most amazing experience" she reiterates, "but my two favourite experiences with Mandela... being introduced to Bill Clinton as his official shirt designer and being seated next to him at his staff Christmas party in 1999". 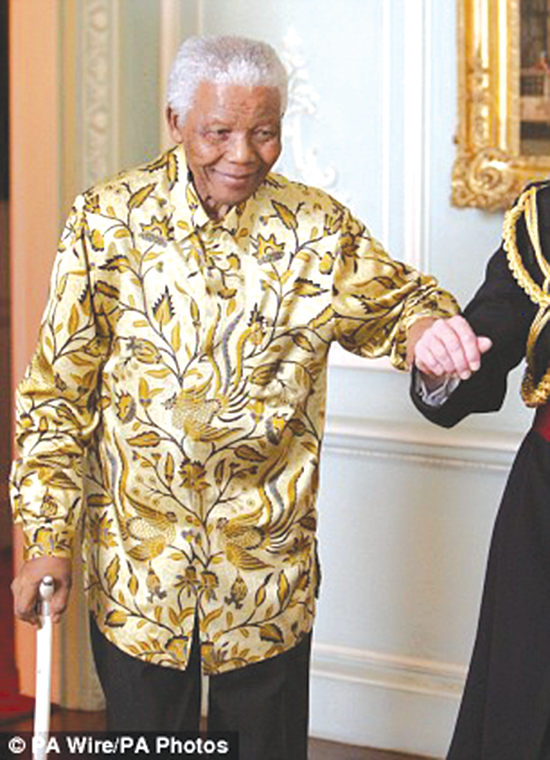 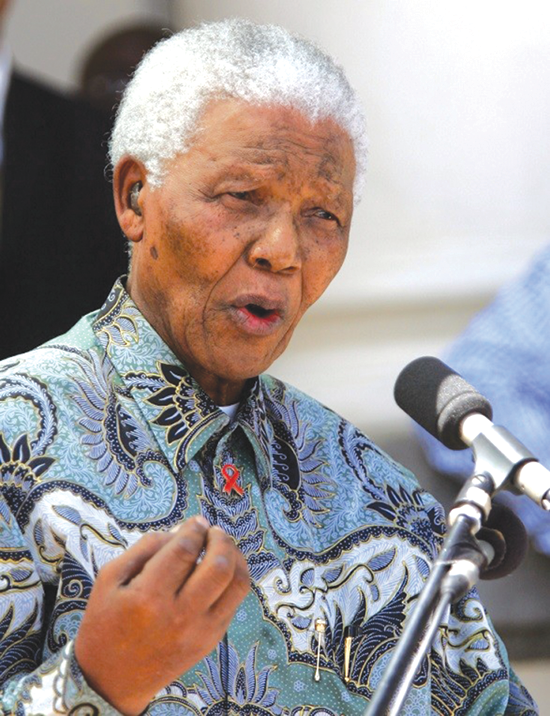 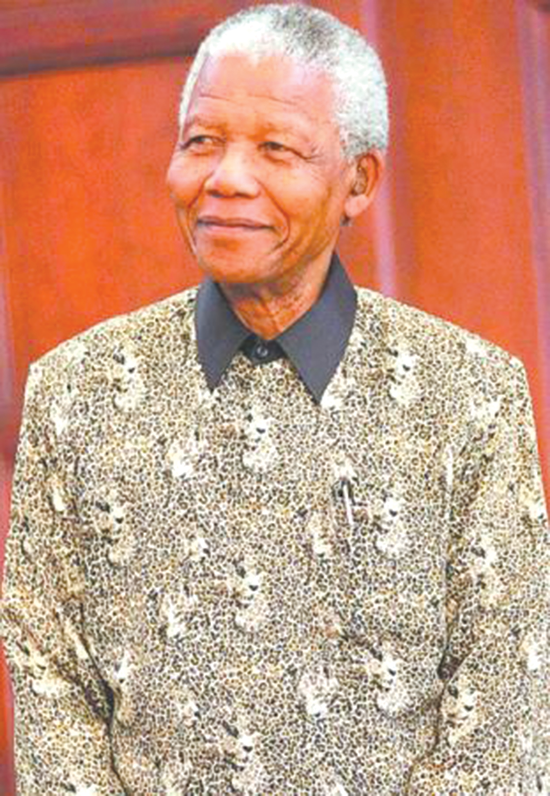