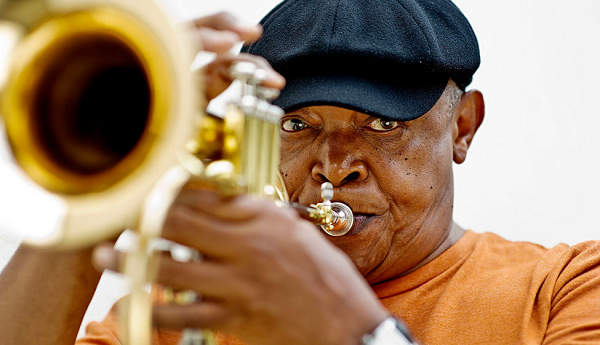 By the time he died on January 23, 2018 at the age of 78, South African music legend and cultural activist Hugh Masekela had already travelled to all corners of the world with his message-laden songs.

One of the places he always said he felt most at home was Ghana, so to many Ghanaians, it was as if a close family member had passed away when news of his death reached them.

The world-acclaimed trumpeter, flugelhorn player, composer, arranger and singer had a special place in his heart for Ghana. No wonder he said in 2007 at an event in the Central Region to commemorate the 200th anniversary of the Abolition of the Slave Trade Act that “Ghana and her people captured my soul, enchanted my spirit, spiced my food and gifted me a beautiful wife, Elinam.”

He was then married to Ghanaian Elinam Cofie.

Being a staunch anti-apartheid crusader, he was very much aware of all the help Ghana offered freedom fighters in their struggle against the distasteful system in his country.

Masekela’s love affair with Ghana took a more practical turn in 1973 when he told his friend Fela Anikulapo Kuti that he was tired of living in the United States and wanted a good African band to play with.

Fela told him he was about to start a West African tour and he (Masekela) could come along and scout for what he wanted. 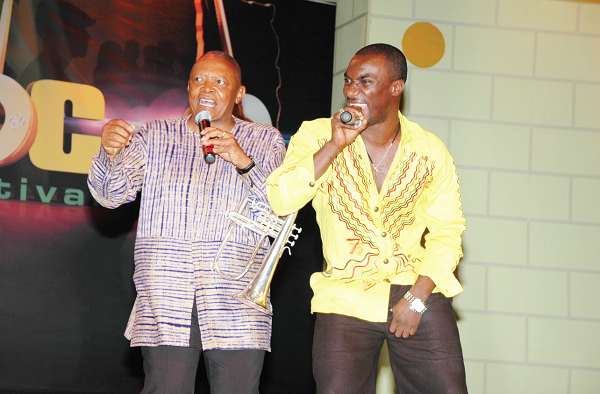 The first stop on the tour was Accra. Hedzoleh Soundz opened for Fela and that was it. Masekela liked them, recorded and toured with them and was in and out of Ghana countless times until his death.

He made lots of friends in Ghana and it wasn’t surprising then that both musicians and non-musicians eulogised him when he died.

One of Masekela’s close friends in Ghana is current President Nana Akufo-Addo, and he was in Johannesburg to pay tribute to Masekela at his funeral.

President Akufo-Addo said at the funeral that he had met Masekela about 50 years earlier at the Keteke Club, then the hottest disco in Accra.

They became friends after that and looked out for and saw each other in various clubs across the world including New York, London, Paris, Lagos, Abidjan and Lome.

“His love for Ghana was such that he became a Ghanaian, and for me, a member of my family…South Africa will always have to share Masekela with us in Ghana, and, indeed, with the rest of Africa,” Nana Akufo-Addo said at the funeral of his friend who played at his inauguration as President of Ghana on January 7, 2017.

The South African musician often talked of his love for Highlife and said he never tired of listening to acts like C.K. Mann and Pat Thomas. He also adored percussionist Mustapha Tetteh Addy and his Royal Obonu Drummers.

He actually started work with a collection of Ghanaian musicians on a Highlife album he intended to call ‘Afternoon Jump’ in remembrance of the afternoon dance sessions popular in Ghana in the 1970s.

Masekela advised on some of the tracks on singer Becca’s debut ‘Sugar’ album and played flugelhorn on the ‘I Love You’ song.

He had a good working relationship with Kofi Amoakohene’s Scratch Studios and did some work with the artistes on the Scratch label.

Percussionist Okyerema Asante was part of the Hedzoleh and Ojah bands that worked with Masekela and also played with him on Paul Simon’s famous ‘Graceland’ album. Asante referred to the famous trumpeter as “my big brother and mentor” when Masekela died.

The South African musician often pointed out that Ghana was a wonderful country with lovely people. Well, it seems the people also saw him as a jolly personality with appealing music they loved.