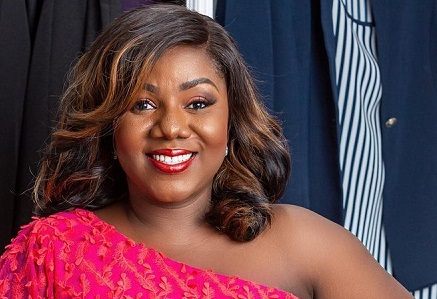 For many, looking stylish, especially as seen on social media, is an expensive venture which they wouldn’t want to invest in.

For some, they would rather use their money on more important things such as acquiring property. But for style coach Ms Nancy Adobea Anane, anyone with such a perception lacks knowledge.

“Anyone who thinks like that lacks knowledge. Style is not about wearing expensive things; it is about wearing what flatters your body.”

“I get that a lot with people asking me ‘but how do I look stylish when I don’t have money?’ Just like those who think property acquisition is much important than looking stylish, they prefer to look anyhow.”

“Looking good doesn’t mean you should break your bank account. It means putting on something that speaks volumes, that looks good on you. What we forget is that when people see us, they judge or form an opinion by what they see us wear before even asking whether we have a car or house.”

“You can still buy that cheap fabric with a colour that flatters your skin, sew it into a style that looks amazing on you and leaves no room for questioning and someone will see you and think what you have on is very expensive,” she told Graphic Showbiz.”

Ms Nancy, as she is affectionately called, added that, “you need to ask if what you have on is appropriate for the occasion. From head toe, you need to look and smell good. That notion and perception that looking good means wearing expensive things should stop”.

“You can have an expensive thing which will not look good on you and you can rock something simple of good quality, less expensive and you will have admirers.”

Ms Nancy, who is also the host of Duvet on GHOne, launched her style book titled Steeze on Wednesday, March 24, and said it had been well received.

In answer to what motivated her in writing the book she said it was her dream to impart her knowledge about style to everyone.

“People come to me to enquire how they can look stylish and when I give them my quotes, they go and don’t come back. So I asked myself what I can do so that everyone can have access to what I have learnt over the years and then the idea came. In Steeze, I share with people my little knowledge about styling.”

Ms Nancy also noted that the book is for everyone especially the masses. “It is for everyone and that is why it’s sold for GH¢30. It is for the masses because for the elites, they travel outside, they see the world and so are able to pick up one or two things on style.”

On what her plans were for the future of the book and if it was worth writing, she said, “it was worth doing, I don’t know any other way to impart my knowledge than this. I have plans of donating some to schools, libraries etc and I am fulfilled knowing that I have a book of my own.”