Concert for Sol Amarfio as he turns 80 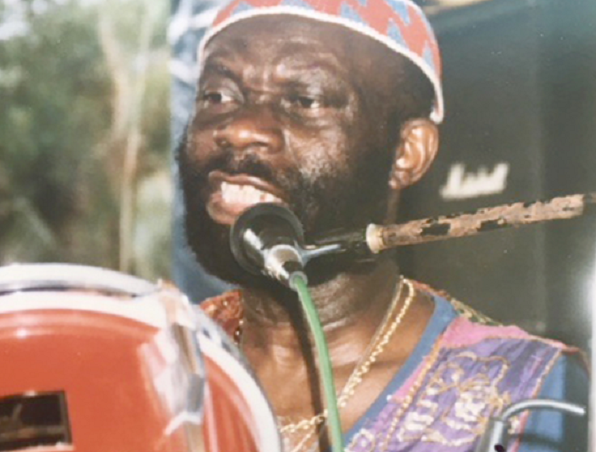 A Founder member of the Osibisa band and world-class  drummer, Sol Amarfio, turns 80 on September 22 and a concert will be held in his honour on the day at the +233 Jazz Bar and Grill  in Accra.

Nicknamed The Rhythm Man in his teenage years, the self-taught Amarfio travelled the world with Osibisa. His immaculate sense of rhythm was the driving force behind the band’s infectious music.

Artistes slated to perform at the concert include Kwabena Kwabena, Gyedu Blay Ambolley, Trigmatic, Paulina Oduro, Amandzeba, Nii Amarkai I (Amarfio’s brother who is also a drummer), Kofi Ayivor and the Bessa Band.

Also a composer, Amarfio is praised for his Woyaya song and he closely collaborated with other members of Osibisa to create some of the band’s most endearing  tracks.
He will perform a new composition of his dedicated to world peace at the upcoming concert.

Born at Asere in Accra in 1938, Amarfio was part of the Rhythm Aces, Star Gazers and Comets bands in Ghana before going to England in 1961 via Liberia, Spain and France.

There, he teamed up with other London-based Ghanaian musicians such as George Lee and Willie Cheetham for gigs across Europe and North Africa before Osibisa was formed in 1969.

“I do what comes naturally to me behind the drums. I don’t force out anything. I grew up with a lot of music and dance around me and the swing of those things sipped into me. Life is exciting when you travel and earn money while doing what you truly love,” Amarfio told Daily Graphic.

Nii Odoi Oddoye, a member of the +233 management team, said he first heard Osibisa in 1971 and fell in love with the musicality of  Amarfio’s drumming, especially on the Ayekoo Bia piece.

“I have since been an Osibisa fan for the group’s amazing creative expression and Amarfio’s rich legacy of extraordinary drumming. We are all looking forward to an exciting musical experience at the [email protected] show,” Nii Oddoye stated.