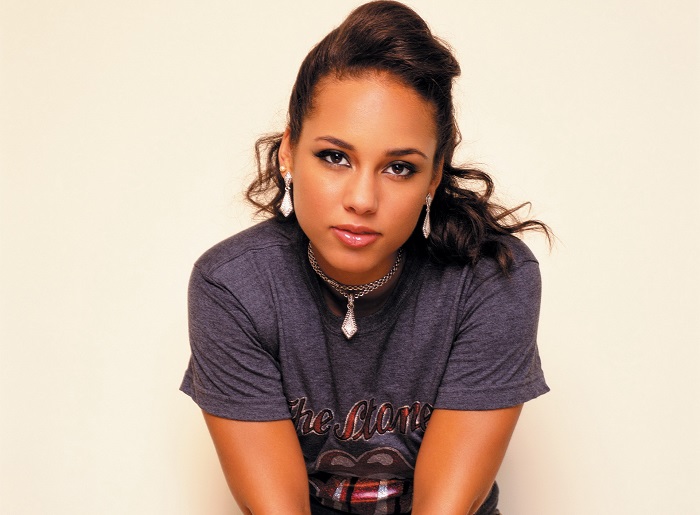 Alicia Keys is comfortable with being a "work in progress".

The 37-year-old singer is back in the spotlight with her upcoming untitled album, a follow-up from 2012's Girl on Fire, and a stint on The Voice U.S later this year.

In May last year  she released the record's first single, In Common, where she sings the lines, 'If you can love somebody like me, you must be messed up too,' and she isn't ashamed to admit she's prone to mistakes in life.

"That is exactly the point. I'm comfortable with the fact that we're all works in progress; we're all trying to figure out how to get better and what we have to fix."(I mess up) all the time! It's always a learning and growing experience."

Alicia is a mother to two boys, five-year-old Egypt and Genesis, 17 months, with husband Swizz Beatz.

Being a parent means the star often wonders whether she makes the right career and lifestyle choices, but with no way of knowing for the time being, she focuses on trying new things.

It wasn't long ago that Alicia realised there's no way of being perfect, and now feels "liberated". "I finally became fed up with anything else than who I really am," she added.

"Because a lot of times I was trying to make people feel comfortable, to not offend them - and there's nothing wrong with that, but you have to be connected to your feelings (too)."

Season 11 of The Voice, with newcomer Miley Cyrus also joining former judges Blake Shelton and Adam Levine, is due to air in the U.S. in September  this year. Alicia and the Wrecking Ball singer take over from Christina Aguilera and Pharrell Williams and Alicia can't wait to begin the role.

"I just felt like, how incredible to be the first black woman musician to share the things I've learned, to help shape people's thoughts, lives, potentials," she smiled. "To me, that's a pretty cool gig!"