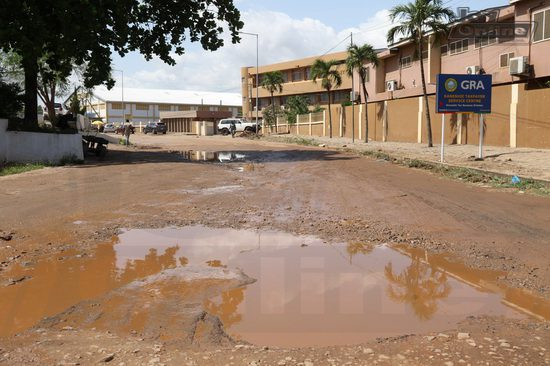 Not only do roads enable us to move goods and people, ensure emergency services such as ambulances, fire service and police can reach us in times of need, but they also allow modern-day conveniences.

The truth of the matter is that none of these will function effectively without well maintained roads. Despite our reliance on roads and the immense value they provide, roads are very much a neglected part of our infrastructure when it comes to maintenance and construction.

In last Friday’s edition of our publication, we carried a front page photo story on how rains had battered Accra roads and in its wake exposed the poor state of many roads in parts of the Accra metropolis.

In the story, we reported that deep cracks and other road surface defects have developed on the Kaneshie - Mallam Road, also known as the K. A. Busia Highway in Accra, creating nuisance and wasting man-hours.


The road defects include the separation of aggregates from the binding materials, making the surface rough, the formation of depressions, mesh-like cracks known as alligator cracks, potholes and huge trenches often called craters.

In fact, the situation is worse at the Odorkor traffic intersection, where a deep crater has developed, thereby posing great danger to motorists and pedestrians.
The situation has resulted in the slow movement of vehicles on the 10-lane highway, leading to the build-up of heavy traffic in the area, especially during rush hours.

Upon reaching the craters from either end of the road, the drivers are compelled to slow down to pass through the craters.

The situation is worse at night when there is poor visibility. At Odorkor, some motorists meander their way around the craters so that they do not damage their vehicles and in order to move a little faster. It is most worrying that we see these across our highways.

Many of the good and safe roads in the metropolises have sadly turned into bad roads because of poor construction or due to natural calamities such as floods, landslides or even because of other simple causes such as heavy rainfall and accidents.

And this is why we at the Daily Graphic found it expedient to highlight the otherwise national problem in order for the Roads Ministry to fix those roads in some of the affected areas, particularly in parts of the city which have been denied good roads.

Talking about deprived areas, as if by design or accident, the western part of Accra, especially Ga South and its neighbouring municipalities, have been denied this very important national priority.

The social impact of transportation in our communities is under-considered. For example, when a community lacks transport infrastructure such as roads, it leads to a deterioration in the quality of life of the people in the community. It means they are also unable to contribute to the economic activity of the municipality in which they live and are therefore, unable to contribute to the national economy at large.

The Daily Graphic therefore, urges the Mobile Maintenance Unit of the Ministry of Roads to be more proactive by ensuring that all the bad roads are quickly fixed.

For us, the question that begs for answers are, what really are the key considerations that will help us to deal with the life threatening challenges? Must it take forever to deal with such situations on our highways?

We are therefore, calling on the duty bearers, which are the Road Maintenance Unit and the Urban Roads Department of the Ministry of Roads and Highways, the assemblies and other relevant agencies to discharge their mandate effectively to avoid the sufferings that citizens go through every day on our roads. If we fail to repair the roads now, we will be forced to repair them at a very expensive cost in future because by then, the attendant cost will be very heavy.

We believe that the situation is not just across that stretch but nationwide.

We do not want to believe that there is no maintenance regime schedule that will ensure that damaged roads are immediately fixed once noticed. We have to make our streets and highways safe and user friendly.