Time to support our printing industry to grow 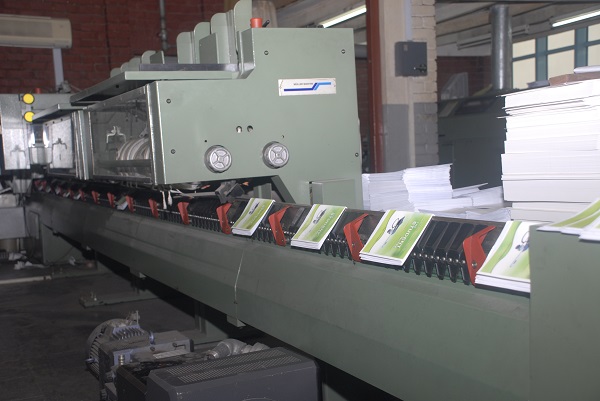 Textbooks being printed on a production line Follow @Graphicgh

Those sentiments shared by the Ghana Printers and Paper Converters Association (GPPCA) cannot be taken lightly and, in our opinion, they must be taken seriously to sustainably develop our printing industry.

Last year when the Minister of Education, Dr Yaw Osei Adutwum, announced that the government had decided to cede 100 per cent of the printing of textbooks for basic schools to local printers, the nation welcomed the policy which, by all indications, is in the right direction.

In our last Wednesday publication, members of the GPPCA showered praises on the ministry for keeping faith with local printers, describing the decision of the government as a patriotic gesture.

Welcoming the decision, the local printers said they believed the intervention would help grow the printing and book industry in the country.

For them, the decision was not only a step in the right direction that deserved commendation but also a positive move that would go a long way to build the capacity of local printers.

It is a fact that this decision will have a ripple effect on not just the printing industry but, more importantly, the economy in general.

While adding its voice to commend the ministry for keeping to its word, the Daily Graphic urges the government to ensure that, truly, all the books are printed locally to speed up the distribution to the schools.

We recall Dr Adutwum’s warning that any publisher who would attempt to sneak out of the country to print the books would be dealt with seriously. This is a position the Daily Graphic supports wholeheartedly and wishes to remind him that there will surely be some pressure from various quarters in that direction, but we trust that he will stand firm to his word.

We are happy that the sector minister has plans under his sleeve to deal with such recalcitrant and unpatriotic printers and publishers.

The Daily Graphic believes that for the local printing industry to thrive, it behoves the government and the publishers to believe in the ability and capability of our local printers to execute the task.

That calls for patriotism, as the local printers pointed out in the message to the ministry. Therefore, any publisher who will attempt to sneak the contract out of the country is clearly an unpatriotic individual who does not deserve to be a Ghanaian.

Until recently, most of our textbooks were printed outside the country and we are happy the trend is being reversed.

The Daily Graphic urges the printers to justify the trust the government has in them by ensuring that they do a quality job to attract more of such jobs. They must not betray the patriotic gesture of the government by producing substandard work; there is no room for that.

The decision of the government is premised on its belief in the local industry, hence the prerequisite for a publisher to be awarded a contract is a contract with a local printer. Ordinarily, it could have decided to open up the bidding for the contract to printers, and the printing giants from India and China would have taken all the jobs away to do it in their countries.

We wish to draw the attention of the government to the tax element, about which the local printers expressed concern, because that can be a big disincentive to printing locally, since that ends up making printing locally expensive.

The government must show interest in the concerns of the printers and take measures to mitigate the challenges confronting them to help reduce the cost of printing locally. Waiving the tax component on imported raw materials for printing, for instance, will help make printing locally competitive.

Thankfully, since 2017 when President Nana Addo Dankwa Akufo-Addo took up the mantle of governance, he has spoken on various platforms on believing in the Ghanaian and that led to the Ghana Beyond Aid mantra.

For the country to really attain the status of ‘beyond aid’, the onus is on all of us to support everything of our own to make our economy resilient and self-sustaining, such that we do not have to rely on any country or body to survive.

If the printing industry succeeds, it is Ghana that has succeeded.