The prank calls must end 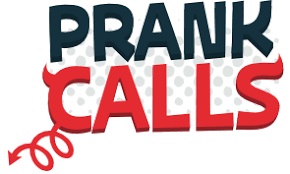 Prank calls are becoming a hindrance to prompt emergency service response in the country.

The other day, it was the National Ambulance Service (NAS) that expressed concern about the increase in prank calls to its call centre, saying 80 per cent of calls received at its call centre in 2021 were sham.

And, barely 30 hours after the launch of the “See Something, Say Something” campaign by the Ministry of National Security to help address the growing threat of terrorist activities on May 24, 2022, its call centre had received 10,000 prank calls.

In our May 30, 2022 edition, we also reported that the Ghana National Fire Service (GNFS) had also received more than two million prank calls in four months.

Indeed, what is worrying the most about the GNFS situation is that personnel of the service are dispatched to alleged fire scenes, only to realise that the calls are hoaxes.

The continuous abuse of the emergency call lines through prank calls by some citizens is really disheartening and must be dealt with promptly if we are to make any headway in ensuring effective and efficient emergency service delivery in the country.

Indeed, such hoax calls lead to wasted time and resources, which can potentially leave lives at risk to danger or even death — a person could be in genuine need of help while emergency service workers are held up attending to a false situation.

In its May 31, 2022 edition, the Times of London reported that the police forces were frequently failing to answer “life and death” 999 calls within target times, with some letting down the public more often than not.

Call handlers failed the public in more than 1.7 million cases in six months, as heavy demand returned after a lull in crime during the pandemic, according to data released by the Home Office.

Certainly, this is not where we want our country to get to and it is, therefore, incumbent on us, as citizens, to be responsible.

We must avoid such deceptive calls, as they can jeopardise the quality of services provided by our emergency service providers.

The citizenry must be mindful of the resource constraints facing the GNFS, as a response to a prank call will only affect its early arrival at real disaster scenes.

Interestingly, the same citizens will bastardise the service for getting to disaster scenes late. Prank callers must thus be mindful that when, indeed, they need help, they will not be taken seriously, for which reason they will not receive the necessary response.

With the ongoing SIM card registration, the Daily Graphic believes that our security agencies should be able to collaborate with the National Communications Authority (NCA) to track the identities of such prank callers.

If they are identified, we believe the police, which are also victims of prank calls, should prosecute such people to serve as a deterrent to others. We should not allow such lawlessness to continue for it to become a norm.

All stakeholders must come on board to help address this challenge of prank calls so that the problem is nipped in the bud.

It is intriguing that some of the prank callers insult officers on duty, propose love to female recipients of calls and even demand mobile phone credit.

In all this, however, we think the citizenry need education, so that they get to appreciate the enormous harm and damage they cause when they engage in these prank calls. This is critical, especially for parents whose children may take their phones to make such calls.

We believe that blocking the phone numbers of prank callers may not resolve the issue because at a time when such persons need help, they will not be able to get through for the requisite assistance.

We, therefore, suggest that our emergency service providers acquire the requisite technology to trace and track all such prank callers, so that the appropriate action is taken against them.

As stated earlier, with the technology to detect prank callers, it would be easier for the police to prosecute such offenders, especially those deliberately made to distract officers on duty.

Developers will also help by providing tracking devices and access routes to their facilities to help our emergency service providers to have easy access to those facilities when there are emergencies.