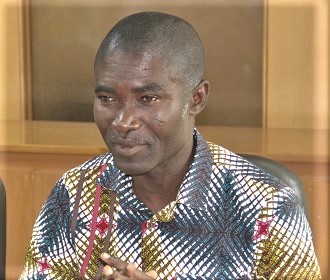 The West African sub-region was once seen and admired as the haven of peace, stability and democratic governance on the continent.

But recent events of not only military take-overs but terrorist attacks in Nigeria, Burkina Faso, Mali, Cote d’Ivoire and Togo raise serious concerns for the people. Indeed, apart from Ghana, which has not experienced any such junta and terrorist operations, almost all the countries in the sub-region have had their fair share of attacks.

West Africa is making impressive progress in economic growth, democratisation and regional cooperation. While the recent rise in violence and conflict, as well as drug trafficking, piracy, extremism and other emerging threats, have sparked concerns over its future development, efforts to prevent conflicts have also improved, contributing to overall stability.

That is why we agree with the Chief of the Defence Staff (CDS), Vice-Admiral Seth Amoama, that West Africa’s potential to develop had been saddled with the unpleasant reputation of being the most dangerous region in recent times.

The sub-region is endowed with natural and human resources that can be harnessed in a peaceful environment to enhance the well-being of the citizenry and accelerate development. However, these potential gains are being threatened by the terror threat in the region.

In discussing terrorism, we need to look at the remote and immediate causes. The Daily Graphic believes that the lack of good governance and the denial or deprivation of the needs of the people are some of the contributory problems.

It is our view that nobody should be left behind or considered irrelevant in the decision-making process regarding national affairs or be deprived of his or her rights or the services needed to enhance his or her living conditions.

When we deny the citizenry their basic rights, including the provision of services and their participation in the governance process, it creates fertile grounds for anarchists to take advantage of them to not only create disturbances but also recruit disgruntled citizens to join them.

The Daily Graphic thinks that our security agencies, especially our intelligence services, must be more proactive to engage civil society, communities and individuals to serve as good sources of intelligence. The agencies must abandon their aggressive operations and rather adopt friendliness and partnerships, not only with civil society but also with communities and individuals.

It also calls for the security agencies to work together to share intelligence and not be seen as competitors for one and the same information and action. The duplication of efforts also make the citizenry lose confidence in the system.

Working together as a team allows for appropriate plans of action and responses to intelligence reports. That will also prevent the incidence of intelligence information being in the public domain, which tends to expose countries to the architects of terrorist attacks or disruptive governance.

The Daily Graphic reminds Ghanaians that keeping our country secure and peaceful is a shared responsibility. It is not the responsibility of the security agencies alone.

Having enjoyed constitutional rule for 30 years, we can all testify to the fact that stable democratic governance is much better than the disruptive military dictatorships the country has been through.

We, therefore, call on Ghanaians to live up to their responsibilities by assisting the security agencies, irrespective of the challenges faced in the democratic dispensation.

We cannot afford to allow disruptive elements, either from within or without, to come and disturb the peace and stability of our country.

In these global challenging times, we must stand united and fight together as one people with a common destiny to improve the livelihood of the people.

Development policy has a critical role to play in supporting stability to reduce conflict and violence over the long term. This requires interventions in many areas, including support for lagging regions, strengthening local governance, improving land management, spurring job creation, among others.