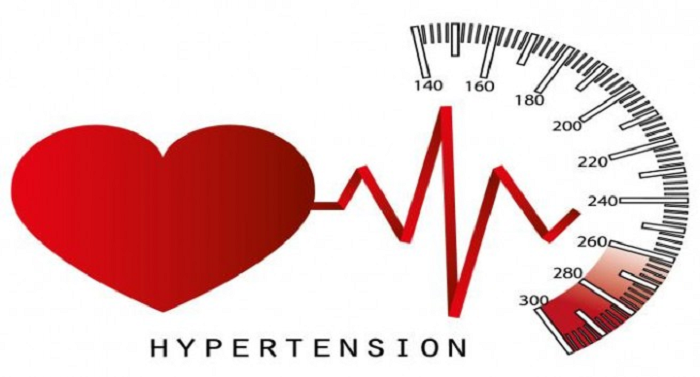 One major health problem in Ghana which has become a leading cause of hospital admissions and death is hypertension. In fact, the statistics are grim and health authorities are very worried.

Hypertension, according to the Ministry of Health (MoH), is the second leading cause of outpatient morbidity among adults beyond 45 years and accounts for more than two-thirds of all medical admissions in the leading teaching hospitals and over 50 per cent of all deaths in the country.

The ministry describes hypertension as a silent killer if not controlled, as approximately 35 per cent of the adult population are hypertensive, with many more affected people unaware of their status or undiagnosed.

Hypertension, which is also referred to as high blood pressure (BP), is a condition in which the blood vessels persistently receive high pressure. The higher the pressure in the blood vessels, the harder the heart has to work in order to pump blood.

The situation is not peculiar to Ghana alone but Africa in general, as countries struggle with both communicable and non-communicable diseases. Whereas BP was said to be almost non-existent in African societies in the first half of the 20th century, estimates now show that in some places in Africa, more than 40 per cent of adults are hypertensive.

According to the Ghanaian Society of Cardiology (GSC), uncontrolled and undiagnosed hypertension is driving huge numbers of preventable deaths and disabilities from cardiovascular diseases and non-communicable diseases locally and globally.

Key among the non-communicable and cardiovascular diseases are stroke, heart and kidney diseases, and the GSC attributes the high national burden to gaps in treatment and diagnosis, among other reasons.

Recently, the society, underscored the urgent need to re-strategise to diagnose all hypertension cases for effective management to avert more preventable deaths and disabilities, while efforts on prevalence control continued.

What makes the prevalence of the disease a major concern to the Daily Graphic is the fact that although hypertension control is achieved through effective and continuous treatment, official figures in Ghana show that only 36 out of every 100 diagnosed people are currently taking their medications, which itself indicates a possible significant roadblock in access to and availability of treatment.

The Daily Graphic shares the concern of health experts on the need to control hypertension among the population.

We at the Daily Graphic are calling on the health authorities to help in controlling blood pressure among the populace by making medications available and affordable, if not on the National Health Insurance Scheme (NHIS).

It is also important that the MoH helps in avoiding the negative consequences of BP, such as stroke, heart and kidney diseases, by ensuring that education is done on BP, even if through door-to-door or by any means possible.

In this age and time when fast food joints can be found at every corner of the national capital and other urban centres, there is the need for people to be educated on healthy living.

It is no wonder that hypertension is more prevalent in urban areas than rural areas; diet in the rural areas consists of fresh leafy vegetables and tubers, among other healthy foods.

We believe that at the policy level, there is the need for research on the effectiveness of the interventions on the prevention and control of these non-communicable and cardiovascular diseases, while strategies to minimise the burden of hypertension risk factors should be taken seriously.

Additionally, the time has come for the health authorities to engage community and opinion leaders, faith-based organisations, non-governmental organisations and civil society organisations within the health sector to encourage Ghanaians to adopt healthy lifestyles to prevent the high prevalence of this silent killer.

We support calls by health experts on health policy makers to review the current hypertension guideline use in the country for better planning and implementation.