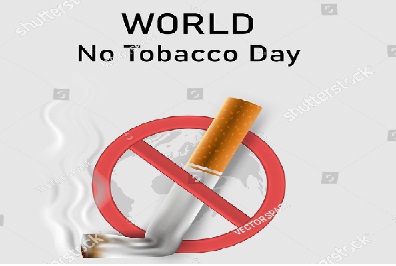 Ghana last Tuesday joined the rest of the world to commemorate World No Tobacco Day. It was on the theme: “Tobacco: Threat to our Environment”.

The World Health Organisation (WHO) on May 31, 1987, set aside every May 31 as World No Tobacco Day to draw global attention to the devastating impact of tobacco.

Indeed, the WHO estimates that if the present pattern of smoking globally does not change, the current seven million deaths that occur annually because of smoking will reach eight million by 2030.

Sadly enough, the prediction of the WHO adds that 80 per cent of the deaths will come from Africa.

Indeed, one of the motives for setting a day aside annually to commemorate the impact of tobacco is to encourage those who smoke or chew tobacco to desist from the act for at least 24 hours.

Since then, the day has been commemorated each year under unique themes to advocate effective policies to reduce tobacco consumption and, subsequently, reduce its negative impact on the health of the population.

The environmental impact of tobacco is evident in the bush fires and fire outbreaks at our markets and other public places.

The Daily Graphic therefore supports the relentless campaign to direct attention on governments and policy makers globally to strengthen existing schemes to hold tobacco producers responsible for the environmental and economic costs of dealing with tobacco waste products.

The WHO also recommends a complete ban on tobacco advertising, promotion and sponsorship, in accordance with the Framework Convention on Tobacco Control (FCTC).

According to health experts, the health risks associated with tobacco use include various forms of cancers, heart disease, tooth decay, miscarriages, hearing loss, among others.

Ghana has done well in enforcing the Framework Convention on Tobacco Control (FCTC), backed by the provisions in the Public Health Act, 2012 and the Tobacco Control Regulations, 2016 (L.I. 2247).

These days, people hardly smoke openly in public places or openly. But there are those who do confine themselves to particular areas in pubs, nightclubs, beaches and drinking bars where smoking is allowed.

The absence of advertisement on cigarettes in the media and on billboards is also a positive step, while adults are encouraged to stop sending minors to buy tobacco products for them.

The Daily Graphic believes that the law on the ban on smoking in public places and sending minors to buy the substance is obeyed in the urban areas but it is grossly flouted in the peri-urban and rural areas.

It is a fact that tobacco use remains prominent especially in the rural areas where smoking of tobacco and the raw use of the product, such as chewing and sniffing, is still a common practice among the youth and the elderly.

It is in this direction that we commend the organisers for taking the commemoration of this year’s World No Tobacco Day to the northern sector, where smoking among the youth still remains a lifestyle.

The fight against tobacco is, indeed, a fight for good health, potable water and a sound environment.