Learning from example of Sirigu women 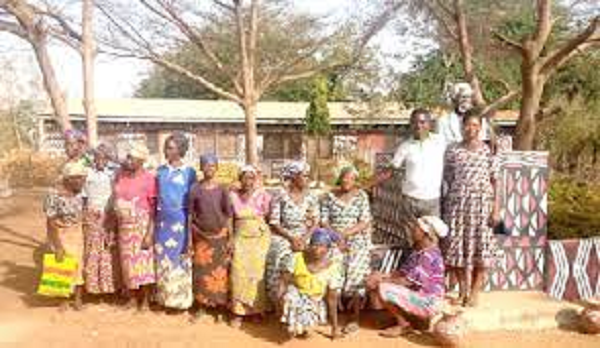 For the women of Sirigu in the Kassena Nankana West District in the Upper East Region, it has been a story of from need to abundance due to their desire to take their destiny into their own hands.

Their breakthrough has also come about due to the commitment of one person to lead them to greener pastures.

The name Ms Melanie Kasise, an educationist, teacher, native and woman of many parts, will surely be etched in gold anytime the success story of the women who found themselves in a desperate situation but now have flourishing businesses is recalled.

The story of the Sirigu Women's Organisation for Pottery and Arts (SWOPA), established in 1997, at a time when many young women had left the Sirigu community to find jobs elsewhere, as published in the October 23 issue of the Daily Graphic, is worth telling and emulating.

Now these women, through the pottery and art industry, have gained international recognition, which has transformed their lives from abject poverty to prosperity.

Faced with declining yields from farming, it became important not only to revive the traditional art of the women of Sirigu but also leverage it as an important source of income for the women for the upkeep of their families.

Many children in the area owe their education and health care to income generated from the handicrafts and traditional art produced by the women, which speaks to the need for rural folk especially to opt for alternative livelihoods when fortunes from other sources such as farming dwindle.

The SWOPA, which started with only 54 women, now has more than 400 women, with 50 trained as basket weavers, 100 as pottery makers, 50 canvas painters, 25 mat weavers, 20 batik and tie-and-dye makers, 25 wall designers, 80 petty traders, among others.

As a result of its good work, SWOPA is not only making previously very poor women self-reliant; it has also put the community on the tourism map, becoming one of the highest tourist arrival sites in the region, with 1,064 tourist arrivals recorded in the area in 2019 alone.

Apart from winning both local and international awards as a result of its unique products, SWOPA has also established the Sirigu Builders Association (SIBA), which is an organisation of men tasked with building more durable, quality houses that are painted by the women, as well as producing canvas paintings on a large-scale for export.

The organisation also has plans to train at least 10 young people in canvas painting and basket weaving, drill a borehole to support the women in their art production, search for more markets to boost the sale of its products and launch its cultural festival, which will held on the first Saturday of December every year.

Indeed, SWOPA has received some assistance along the way from entities such as the Business Sector Advocacy Challenge (BUSAC) Fund, but if the Akan adage which says: “He who climbs well deserves a push” is anything to go by, then we urge other organisations to assist the Sirigu women to become a leading light to many more women, men and the youth in our rural areas.

We have a lot of hidden riches from our history, traditions, culture and naturally gifted local materials which can be unearthed or exploited to our advantage.

There are clay deposits in many areas of the country which are a gold mine for the pottery and ceramic industry, raffia for straw hats, baskets and mats, an indigenous weaving industry that produces smocks and Kente and many others from which we stand to benefit tremendously if we harness them properly.

The Daily Graphic, therefore, urges well-meaning indigenes and citizens to assist people in our well-endowed areas to tap from our local resources, instead of their exodus to urban areas for menial jobs and livelihoods.

Let’s learn from the Sirigu women and create sustainable livelihoods for ourselves.