Discussions on pensions must be done holistically 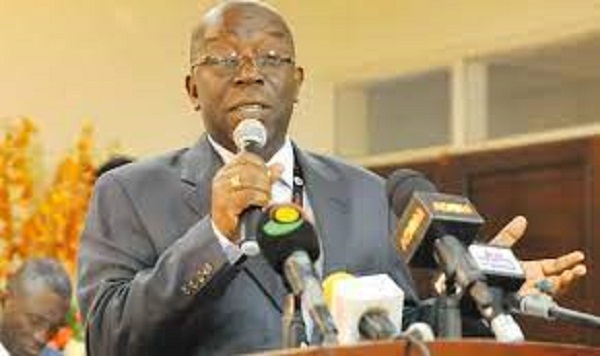 THE Trades Union Congress (TUC), in its last media encounter, demanded the total overhaul of the Social Security and National Insurance Trust (SSNIT).

Citing reasons for the demand, the Secretary-General of the union mentioned disparities in the pension scheme and the low pension premium paid to public sector retirees, adding that SSNIT was not functioning as it was expected to.

For him, the essence of SSNIT was completely gone, questioning whether what social security is when people earn as low as GH¢300.

Much as the TUC reserves the right to question the scheme and what members of the union earn at the end of their active service, the Graphic Business finds the TUC position baffling.

This is because the TUC is represented on the SSNIT Board, and we trust that it has a strong voice to ensure that workers are given adequate premium in their retirement.

The paper also expects the TUC to be able to use its presence on the board to probe further how much each worker is contributing to the scheme and how much that worker deserves at the end of the day.

Much as we do not hold brief for SSNIT, the Graphic Business is aware that low pension is a reflection of the low salaries on which pension contributions are made.

The TUC questioned the importance of the SSNIT scheme, wondering why the scheme paid pension of GH¢300 to some members when the law clearly stated that workers could earn up to a maximum of 60 per cent of the average of their three best years’ salaries.

The paper is aware that each year SSNIT adjusts pensions upwards through indexation. Aside from the percentage increases, all pensioners are given a fixed amount. The trust has explained that the fixed amount is a redistribution of a percentage of everyone’s pension to cushion those receiving low pensions.

Again, with the capping of the salaries on which workers can pay social security contributions under Act 766 (National Pensions Act), compared to PNDC Law 247 which had no limit, we trust the disparities referenced in pension payment could be eventually resolved.

Our checks have revealed that at the time of drafting the three-tier pension scheme for passage, organised labour, and for that matter the TUC, was well represented and, therefore, if there is any just cause to further review what has been done after 12 years of implementation, TUC must come up with a paper to argue its case.

We strongly hold the view that, considering the fact that pensions are determined using the best salaries declared to SSNIT, and that the law allows contributions on basic salaries and not allowances, the debate rather should be on whether to pay social security contributions on all earnings.

SSNIT, as we know from the background, is suffering because recent actuarial valuations suggest that the funding rate of 11 per cent (SSNIT remits 2.5% out of the 13.5% it receives to the National Health Insurance Authority) for monthly pensions is woefully inadequate. The release of workers’ contributions by the government has also been very erratic, a phenomenon which affects the liquidity of the fund. This must be addressed, and urgently too. This is where we want labour to lead that action for a review.

Discussions on pensions must be broader, so that in the end we identify the root causes and deal with the teething issues at stake in a holistic manner once and for all, not only to sustain the scheme but also make all contributors, and labour, for that matter, happy.