Commitment to refurbish public museums must be sustained 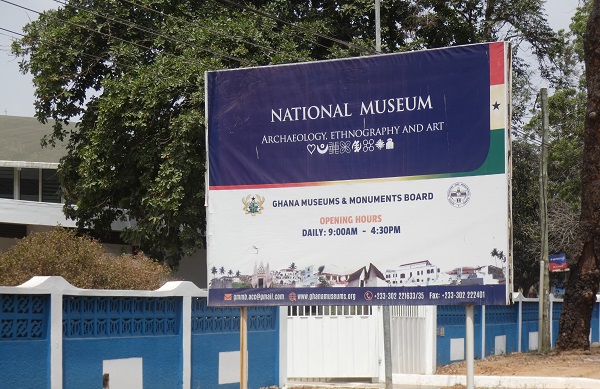 Commitment to refurbish public museums must be sustained  Follow @Graphicgh

The intention of the Ghana Museums and Monuments Board (GMMB) to refurbish all the nine recognised public museums dotted around the country is a healthy signal which is long overdue.

It is gratifying to note that works have already started on some of the facilities by way of structural refurbishment, improvement in the outlook of the galleries and increase of the collections in some of the museums.

Considering the importance of museums in our national development effort and agenda, we cannot underplay their significance. Apart from the fact that they serve as collection points for the nation’s artefacts, history, behaviours and way of life, museums generate jobs and contribute to the growth of local economies.

When tourists visit a well-resourced museum, a lot of revenue is generated. Museums also play an important role in educating the public on art, history, culture and science, among others.

All museums display objects that are important to a culture.

A historian, Steven Conn, writes: "To see the thing itself, with one's own eyes and in a public place, surrounded by other people having some version of the same experience, can be enchanting."

In his book titled: “Do museums still need objects?” Conn equally points out: “We live in a museum age", and that, indeed, at the turn of the 21st century, more people were visiting museums than ever before, as museums had proliferated across the cultural landscape even as older ones had undergone transformational additions.”

But it is so unfortunate that in Ghana, we have not fully exploited the advantages of our museums. It is even more depressing if we come to think of one such landmark museum — the Museum of Science and Technology (MST), located in the heart of Accra at the Barnes Road-Liberia Road intersection.

This particular museum was started in 1963, and it was only on Tuesday, February 15, 2022, that it was used for a permanent gallery exhibition.

Before then, temporary exhibitions had been held at the MST by various individuals, groups and institutions, such as the Kwame Nkrumah University of Science and Technology and ACCRA[dot]ALT, organisers of the Chale Wote Street Art Festival.

Prior to that, the landmark edifice was a haven for squatters and vagabonds in society. Many more of such landmark facilities across the country are in deplorable states.

The Upper East Regional Museum in Bolgatanga, for instance, urgently needs attention. That museum, we are told, needs expansion because its eight-room building is woefully inadequate to serve the purpose.

Although renovation of the facility has been completed since November 9, 2021, it will be necessary to look at its expansion, since the unavailability of space has created inconvenience for staff of the museum, as they have to squeeze themselves into one portion of the building in order to create space for the gallery and the documentary rooms to serve their respective purposes.

Another challenge is that the staff strength is inadequate because there are currently six employees manning the facility, instead of the required 20, a development which has put undue pressure on the few staff in their bid to make the facility viable.

It is hoped that the clearance given to the GMMB by the government to employ 50 people of various professional backgrounds will help further augment the staff strength in the museum.

The time has come to get our act together and rehabilitate our museums, so that they can play the needed role in our developmental agenda.

It is for this reason we at the Daily Graphic welcome the commitment to rehabilitate the nine iconic museums — the National Museum located along the Barnes Road and the MST, both at Adabraka, and the Ussher Fort (Fort Crèvecœur) Museum of Slavery at James Town, all in Accra; the Upper East Regional Museum in Bolgatanga, the Cape Coast Castle and the Elmina St George’s Castle museums in the Central Region; the San Antonio and the Fort Apollonia museums in Axim and Benyin, respectively, both in the Western Region and the Volta Regional Museum in Ho.

We will be following up on the commitment and report accordingly as each museum is rehabilitated. It is a must and we cannot afford to fail the nation.