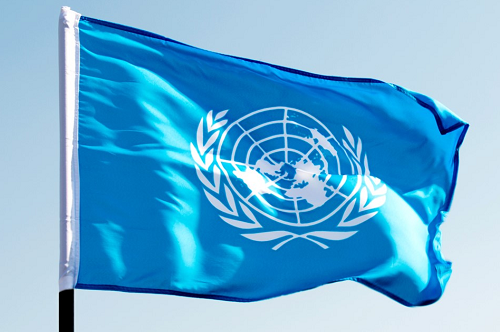 Ghana has continued to engage fruitfully with the United Nations (UN), and last week, at the launch of its 75th anniversary, the resident UN Coordinator, Mr Charles Abani, commended the country for its significant efforts at global peace and excellently promoting the Sustainable Development Goals (SDGs).

He said the country had 3,000 personnel serving in eight UN diplomatic missions across the world. It had also mainstreamed the SDGs into its national development plans. Apart from that, he described the country as an active member of the UN.

And as the UN marks its 75 years of existence today, we cannot but hope that the future will be one of better collaboration on the global front, as we face emerging challenges such as climate change and its attendant impact on societies and economies, as well as pandemics, such as the COVID-19.

Today, October 24, is the anniversary of the UN and its enabling Charter. The Charter, also known as the UN Charter, is the foundational agreement that details the raison d'etre of the organisation with 193 members. In 1947, the UN General Assembly declared October 24 the commemorative day of its Charter and establishment.

According to the UN, the day shall be devoted to making known to the people of the world the aims and achievements of the organisation and to gaining their support for its work.

Seventy-five years later, with its five principal organs, made up of the Secretariat, the General Assembly, the Security Council, the Economic and Social Council, the International Court of Justice (ICJ) and the Trusteeship Council, including all its agencies, such as the World Health Organisation (WHO), the World Food Programme (WFP), the Food and Agricultural Organisation (FAO) and the UNICEF, the UN is still very relevant and going strong, in spite of the myriad of challenges in our multilateral global system and complex modern world.

In its existence, the UN has supported member states with information, logistics and options in governance and poverty alleviation initiatives, to enhance the lives of all.

For the past 20 years or more, the UN has mediated processes of the Millennium Development Goals (MDGs) and is currently leading efforts at the realisation of the SDGs in 2030. While some countries, including Ghana, have supported the activities of the UN and its agencies, others have not.

That is the more reason we will like to encourage all those sitting on the fence to help make the UN more relevant than it has ever been. We find it painful that the United States recently pulled out of paying contributions to the WHO at the height of the COVID-19 pandemic and do hope that whatever differences went unresolved could be quickly resolved to strengthen the bond of unity that is needed to make the UN greater and stronger.

At this point, it will not be out of focus to soberly reflect on the milestone of the UN to make it a relevant stakeholder in our current world.

There is also the need to reflect and review the work of the global organisation in the light of challenges to the jurisdiction and work of some of its principal agencies such as the ICJ.

Currently, the US has placed some travel bans on officials of the ICJ, because it dared to take to task its soldiers who were peacekeepers in Afghanistan, but engaged in extra judicial killings there.

With the COVID-19 pandemic hanging on our neck and the sudden eruption of war between countries, as is currently ongoing between Armenia and Azerbaijan, an agency such as the UN is relevant and we must all hold on to the ideals of peace and human development that it so much embodies.

We wish the UN fruitful future steps as it works to entrench peace, development and progress for all.