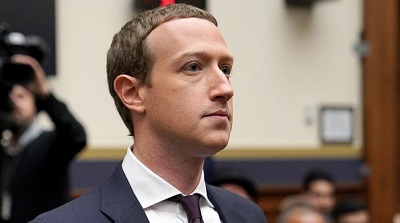 In 2019, the world's richest 500 people saw their collective net worth jump by 25 per cent or $1.2 trillion, according to the Bloomberg Billionaires Index published Friday.

According to Bloomberg, just 52 people on the list saw their fortunes decline in 2019. One of those billionaires is Amazon's Jeff Bezos, whose worth dropped by $9 billion, though Bloomberg notes the decline is largely due to his divorce settlement, and Bezos still ends 2019 as the world's richest person.

The new report comes as wealth disparity remains a hot topic in the election and a growing source of frustration for many.

A report earlier this year found that income inequality in the United States is at its highest point since data started being collected more than 50 years ago. Another report from this year found that the poorest Americans saw their income decline 7 per cent over the past 15 years, while everyone else gained financially.

Progressive lawmakers have recently called for tougher tax policies for the ultra-rich; Rep. Alexandria Ocasio-Cortez (D-N.Y.) called for people to "tax the rich" as Democrats argued over Sen. Elizabeth Warren's (D-Mass.) tax proposal at a primary debate in October.

Warren has made a wealth tax a centrepiece of her campaign. The proposal calls for imposing a 2 per cent tax on the wealth of people with more than $50 million in assets, while those with assets more than $1 billion would face a 3 per cent tax.

Sen. Bernie Sanders (I-Vt.) has long fought against income inequality, writing in an op-ed in 2014 that it is "the issue of our time."

“We make no apologies in stating that the great moral, economic and political issue of our time is the growing level of income and wealth inequality in our nation,” Sanders wrote.

The increase in billionaires' wealth also comes in the first full year since the passage of the Republican tax law.

A report by the Congressional Research Service in May of this year said the tax law's effect was smaller on the economy than many forecasters had predicted and growth was not consistent "with the direction and size of the supply-side incentive effects one would expect from the tax changes."