Why Kwame Pianim will not contribute to Ghana's debt restructuring [VIDEO] 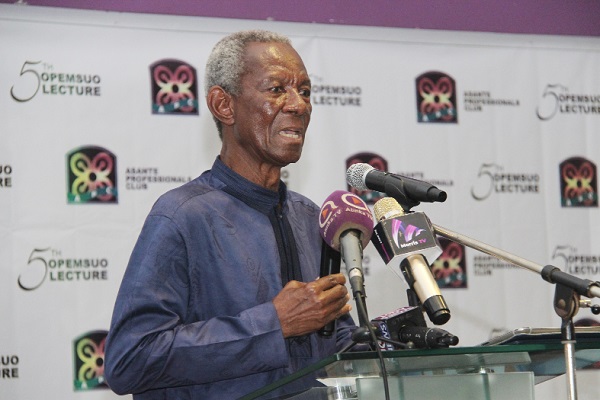 An economist and statesman, Kwame Pianim, says it is galling for the Finance Minister, Ken Ofori-Atta to lead the country's domestic debt exchange programme (DDEP) because he led the country into bankruptcy.

According to Mr Pianim, he will not contribute one pesewa to the DDEP because it was being led by a Finance Minister who led Ghana into the gutter.

He said the Ghanaian people deserved an apology from Mr Ofori-Atta for the hardship the citizens would go through for the next three decades.

"...I would have been proud as a Ghanaian to contribute but I will not contribute one pesewa for Ken Ofori-Atta leading this, he led us into the gutter...," Mr Pianin said in a televised interview with TV3.

"He should have said I apologise, this is the result of economic mismanagement. I apologise to Ghanaian people, look there are pensioners who have put their resources into government bonds, you're asking them, I'm not going to pay, look at the exchange programme and think about it carefully when you are talking to your colleagues. Ken is saying, I'm not going to pay any interest on this for these years whiles I'm Minister of Finance and while President is still President but afterwards then you're going to take a look at it.

"The IMF, three billion that they're going to give is, I want them to frontload it, so that I chop it before I go, is that genuine? Are you serious that this is genuine? If the President wants Ken Ofori-Atta to continue there, this government will go do down with Ken Ofori-Atta".

In his view, the economy was sitting on a time bomb waiting to explode.

He also added that it was wrong for President Nana Addo Dankwa Akufo-Addo to appoint Mr Ofori-Atta as caretaker Minister at the Ministry of Trade and Industry following the resignation of Alan Kyerematen giving his performance at the Finance Ministry.

He maintained that the Finance Minister does not understand the economy he is managing and borrowed recklessly leading the country into debt default.

“In the Guggisberg economy, he had a plan for cocoa, distribute cocoa, built roads into the villages, where there was timber he built the roads, then he built railways, he built the ports, he built Achimota school, built Legon infrastructure, by the time we got independence we had plenty of reserves.

The announcement date per the release is now expected to occur on or about January 17, 2023.

Offering accrued and unpaid interest on eligible bonds, and a cash tender fee payment to holders of eligible bonds maturing in 2023;

Setting a non-binding target minimum level of overall participation of 80 per cent of the aggregate principal amount outstanding of eligible bonds; and

Expanding the type of investors that can participate in the exchange to now include individual investors.