When Cocoa “Child Labour” in Ghana is not child labour 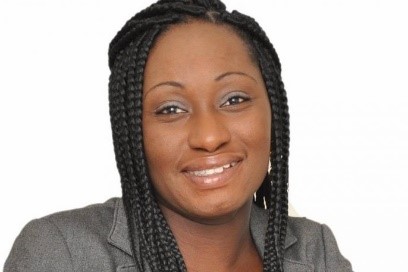 Child labour concerns dominate issues regarding cocoa farming in Ghana. Do we have a situation of hyped deliberations and are all allegations on the subject substantively for real? This article delves into the matter. Perhaps, in some instances, the perception of prevalence of child labour on cocoa farms in Ghana may not be child labour. It may have been misrepresented.

The International Labour Organisation defines child labour as work that deprives children of their childhood, their potential and their dignity, and that is harmful to physical and mental development. It refers to work that:
•    is mentally, physically, socially or morally dangerous and harmful to children; and

•    interferes with their schooling by: depriving them of the opportunity to attend school; obliging them to leave school prematurely; or requiring them to attempt to combine school attendance with excessively long and heavy work.

The worst forms of child labour involves children being enslaved, separated from their families, exposed to serious hazards and illnesses and/or left to fend for themselves on the streets of large cities – often at a very early age.

The very first report on cocoa child labour emerged some two decades ago. Ever since, there has been incessant deliberations and measures to mitigate and eradicate the practice as it pertains in Ghana and Cote d’Ivoire, the world top cocoa producers.

The picture portrayed of cocoa Child labour in Ghana

A 2018 report by international cocoa stakeholders reveals worrying statistics on cocoa child labour in Ghana. It states, “In Ghana, there were 668,000 children in child labour (including 632,000 performing hazardous tasks) out of the 708,000 children working in cocoa between August 2016 and August 2017”.

However, international stakeholders continuously estimate that large numbers of children are exposed to cocoa child labour. Concerns relate apparently to hazardous child labour practices in cocoa production. Practices include clearing forests, felling of trees, working with or being present around the spraying of agro-chemicals, using machetes/long cutlasses for weeding, heavy-loading soil, carrying and transporting water and crops, and pod-breaking.

Is Ghana making any progress at all in this fight or is there a misconception regarding practices that represent “child labour” in our local setting? In some circumstances, what is considered cocoa “child labour” is hardly child labour after all.

The reality; why children work on cocoa farms

Parents strive to give a secured future to their children. They attempt to provide their children with a better life than they have had. Cocoa farmers are no exception. Most of them are illiterates/semi-illiterates with an average annual pre-capita income of between USD $983.12-$2627.81. They mostly struggle to make ends meet.

As a matter of fact, the impoverished farmers wish for a better life for their children. They expect and work to give better future in terms of education, health, social infrastructure, etc. to their children. However, the reality is sometimes far from this expectation.

Systemic failures rob families in rural communities of the desirable quality of life. Schools do not exist in some communities. Even when they do, in some circumstances, children walk for miles through thick bushes and dirty water puddles to get to school. This is the extent of deprivation in some of our cocoa communities. Farmers in such communities have two options; to endanger the lives of children by exposing them to the dangerous routine of walking for miles through thick bushes to school, or to keep children at work on the farm under supervision. Which option seems hazardous?

But the truth is even with good infrastructure, parents expect children to work on the farm outside school time. Second, in as much as we advocate for good educational infrastructure for the child on cocoa farm, the absence also does not necessarily point to child labour.

Households located on farms
In actual fact, most children on farms in Ghana are the children of cocoa farmers. They are not strangers or child slaves. In most farming communities, family households are on farmlands. Hence, children naturally explore the farmlands and engage in farming tasks to assist parents. Parent cocoa farmers use the opportunity to train their wards on farming skills.

Also, migrant workers and tenants work on cocoa farms in Ghana. They are professional labourers who move from one community to another to work on farms. They travel with their families (wives and children), who in turn work alongside them. By virtue of the mobile nature of work-life, children of such labourers do not attend school and are exposed to work at a younger age. Labourers raise their children to take on the farming profession. Such children miss the ultimate benefit of attending school but ,however, gain opportunity to secure their future.

Similarly, professional gaming (fortnite) is now popular in the Western world. Teenagers who are passionate about gaming relish thoughts of dropping out of school to pursue their passions. A fifteen-year-old has made headlines recently when he took the bold step. I am not applauding the decision, but likewise, some children in cocoa communities are unable to attend school because of limitations. They ,however, have the opportunity to carve out prospects for the future by working on the farm.

The label of ‘child labour” in such circumstances is erroneous.

Most children do not engage in “hazardous” activities on farms.

The Ghana Cocobod, in efforts to manage child labour has come out with a ‘hazardous activity framework”. The framework summarises and provides guidelines to drive research, interventions and enforcement in managing cocoa child labour.

An aspect of the framework reveals that “a large proportion of cocoa specific activities require a greater level of maturity because of complexity and hazardous nature. Hence, for economic, culture, health and safety reasons, children are not involved in most of the duties termed “hazardous” in cocoa farming”. Comparatively ,however, children of migrant workers engage in harder tasks.

The framework further reveals that carrying of load is the commonest activity that engages children on cocoa farms. This is because it does not require much skill and is the only means to transport food stuff, cocoa beans and seedlings, etc. Children carry the load according to their ability. Load carrying on the head is a very common practice both in rural and urban Ghana.

According to the framework, children from ages 13 may engage in light work. This is where I come in with this thought; to train a child on how to handle a machete at age 13 is hardly exposing the child to hazardous work. For instance, a 12-year-old American uses the tennis racquet with dexterity in the hope of becoming a world champion and the world admires it. Similarly, a 13-year-old on the farm may handle the machete because they have the skill and work under supervision.

I advocate for rural schools to have a curricular that emphasizes cocoa production for children in those areas. This will deepen their interest and knowledge in the cocoa business. A sure means to enhance sustainability of cocoa production.

The culturally acceptable practice of children working under parents’ supervision on cocoa farms largely promotes succession in cocoa farming. Cocoa farming in Ghana thrives through generations. Today, we have 2nd, 3rd and 4th generation farmers because in the past, children worked on the farms with their parents.

I have further established in an earlier article the need to groom children on the farms because indeed they are the future of cocoa production. They cannot be the future without performing some key farm activities at that tender age, the same way the all-admired Mayweather got introduced to boxing at the early age of seven.

Similarly, Coco Gauff at age 15 is recently crowned the youngest tennis titlist in 15 years. A no mean achievement indeed! One that has certainly taken not less than a decade of strict physical, social and mental regime to attain. In any case, I find boxing at 10 years more hazardous than farming at 10 years. Of course, there may be potential excesses in the case of farming which must be managed.

Therefore, the innate consideration of a parent to give a better life to the child on the farm diminishes the child labour tag when such a child is seen carrying a load of cocoa beans.


The author  is a management consultant with M-DoZ Consulting based in Ghana. She has 15 years of industry and consulting experience and served companies in various industries in the area of strategic planning, policy analysis and industry research. Contact her on 0201196080 or email on This email address is being protected from spambots. You need JavaScript enabled to view it.