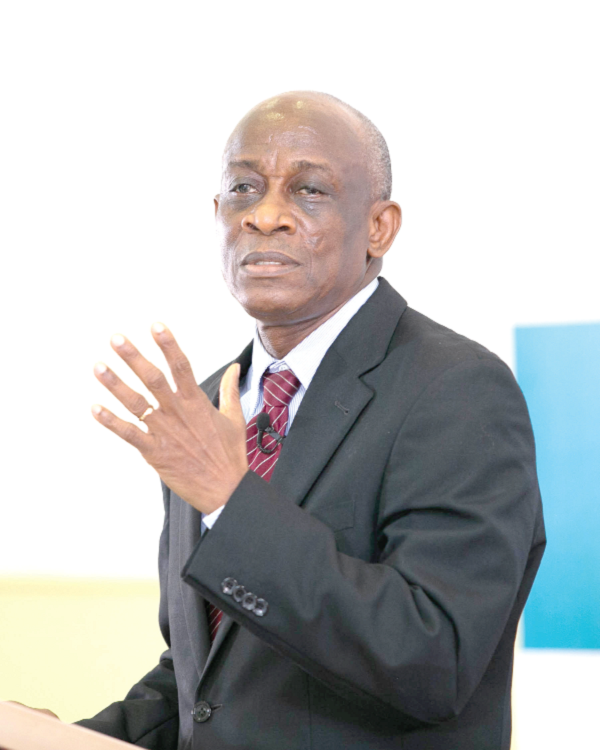 A former Finance Minister, Mr Seth Terkper, has advised the government to use money accrued from the price stabilisation and recovery levy (PSRL) to build strategic stocks of crude oil and use same to cushion consumers in the event of soaring world market prices of the commodity.

While bemoaning the impact of the rising fuel prices on the economy and citizens, Mr Terkper, who introduced the PSRL in 2015, said the situation could have been better if the government had carried through with the building of strategic stocks for rainy days.

He told the Graphic Business in an interview yesterday that the levy was introduced as an avenue to procure and store crude oil whenever prices were low and release same into the market whenever the prices rose.

He described it as a strategic policy decision by the previous administration to build buffers in the wake of Ghana becoming a lower middle-income country (MIC).

Mr Terkper, who was Finance Minister from January 2013 to January 2017, was reacting to plans by the government to zero-rate the PSRL on petrol, liquefied petroleum gas (LPG) and diesel.

The National Petroleum Authority (NPA), which announced the measure in a statement, added that the authority would now work with the Ministry of Energy to quicken the legislative processes needed to make them effective.

The levy imposes GHp16 per litre on petrol, GHp14 per litre on diesel, and GHp14 per kilogramme on LPG and its reduction to zero could result in prices of the three products falling by an average of about GHp15.

While commending the gesture, the former Finance Minister said it was unsustainable and unable to deal with the full effects of the price scourge.

Explaining further, Mr Terkper said since Ghana became a lower MIC, the former administration followed the footsteps of emerging market (EM) and advanced economies in using part of the PSRL revenues to start a Strategic Stock Scheme for the country.

He added that under the scheme, government agencies such as the Ministry of Finance, the Tema Oil Refinery (TOR), the Bulk Oil Storage and Transportation (BOST) Company and the GOIL Limited started a pilot to buy final petroleum products at low global prices.

He said the purchased stocks were then sold back into the market whenever prices rose “to dampen the impact of pump and utility prices.”

“Our administration used the scheme to good effect. It helped to stabilise fuel prices through 2016, when petrol queues stopped forming, despite modest price increases and price liberalisation,” he said.

Mr Terkper, therefore, wondered why in spite of the price of crude oil continuing to be low and with three oilfields, the government stopped the scheme in 2017.

He said the current policy to zero-rate the PSRL for two months would have less impact on consumers, hence the need to revisit the strategic stocks schemes, using the revenue accumulated through the levy.

The levy has so far accumulated in excess of GH¢948 million to the government, according to energy policy think tank, the African Center for Energy Policy (ACEP).

Meanwhile, prices of the petrol, LPG and diesel have been soaring in recent times, following a consistent rise in the cost of crude oil in the international market.

Prices of petrol opened the year around five cedis per litre but rose to about GH¢6.50 per litre in September. Petrol was selling at about GH¢6.55 per litre today, Wednesday.

Diesel also opened the year selling around GH¢4.55 in January but rose to around GH¢6.50 this week.

The Chamber of Petroleum Consumers (COPEC) has said that prices of petrol and diesel went up by more than GH¢1.80 pesewas between January and the first week of October, prompting the chamber to call for measures to arrest the persistent rise.