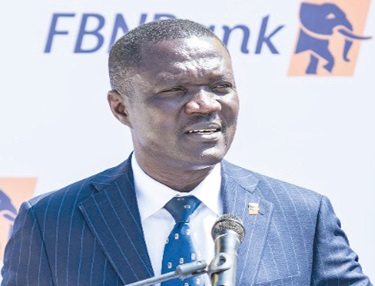 Governments, regulators and other relevant stakeholders in Africa have been asked to use the African Union (AU) Day to forge a fresh collaboration that will help remove all trade barriers from the continent.

The Managing Director (MD) of FBN Bank, Victor Yaw Asante, who made the call, stated that the AU should galvanise support from its regional blocs to remove barriers that hindered intra-African trade.

“We believe that Africans have not been able to trade among themselves enough and this is the reason AfCFTA was designed to encourage intra-African trade, but more than a year after trading began, there are still challenges which need a collaborative approach from all stakeholders to address,” Mr Asante said.

He was speaking in an interview with the Daily Graphic in Accra on Monday (May 23) ahead of the AU Day.

The AU Day is an annual commemoration of the founding of the Organisation of African Unity on May 25, 1963, which has now metamorphosed into AU.

It is celebrated in various countries on the African continent as well as around the world.

The organisation was transformed into the AU on July 9, 2002 in Durban, South Africa, but the day of commemoration remains May 25.

Mr Asante said in as much as the day must be used to take stock of activities and contributions of the continental union, it should also inspire hope on clear measures to accelerate the full implementation of the AfCFTA.

That, he said, would help ensure that the agreement achieved its objective of lifting 30 million people out of extreme poverty and to raise the incomes of 68 million others who lived on less than $5.50 per day.

The AfCFTA was also expected to help usher in the kinds of deep reforms necessary to enhance long-term growth in African countries, the FBN Bank MD said.

Mr Asante described AfCFTA as a fantastic opportunity for small and medium enterprises (SMEs) in Ghana to become more active in export trade.

As a result, he indicated that FBN Bank was putting keen steps in place to support the SME segment of its clientele to maximise benefit from the AfCFTA.

“As a bank, we see AfCFTA as a fantastic opportunity for SMEs in Ghana to become more active in trading on the continent so that we can promote intra-African trade and through a new market.

“We think our role as a financial institution is to facilitate access to this huge market,” Mr Asante said.

“This is because the agreement creates the largest free trade area in the world, measured by the number of countries participating,” he said.

Keeping this in mind, Mr Asante said the bank was holding forums to sensitise SMEs on ways to register and benefit from the initiative.

“And, thankfully, we are a regional bank with presence in a number of countries in West Africa, including Nigeria where our dominance is heavy,” he said.

“We think our network and expertise on the continent should help our clients to take advantage of the agreement,” Mr Asante said.

He stated that the bank was working as an intermediary between the AfCFTA Secretariat and businesses under the initiative.

Mr Asante added that the bank sought to create the needed corridor that would enable people or businesses to plug into one another’s markets presented by the initiative.