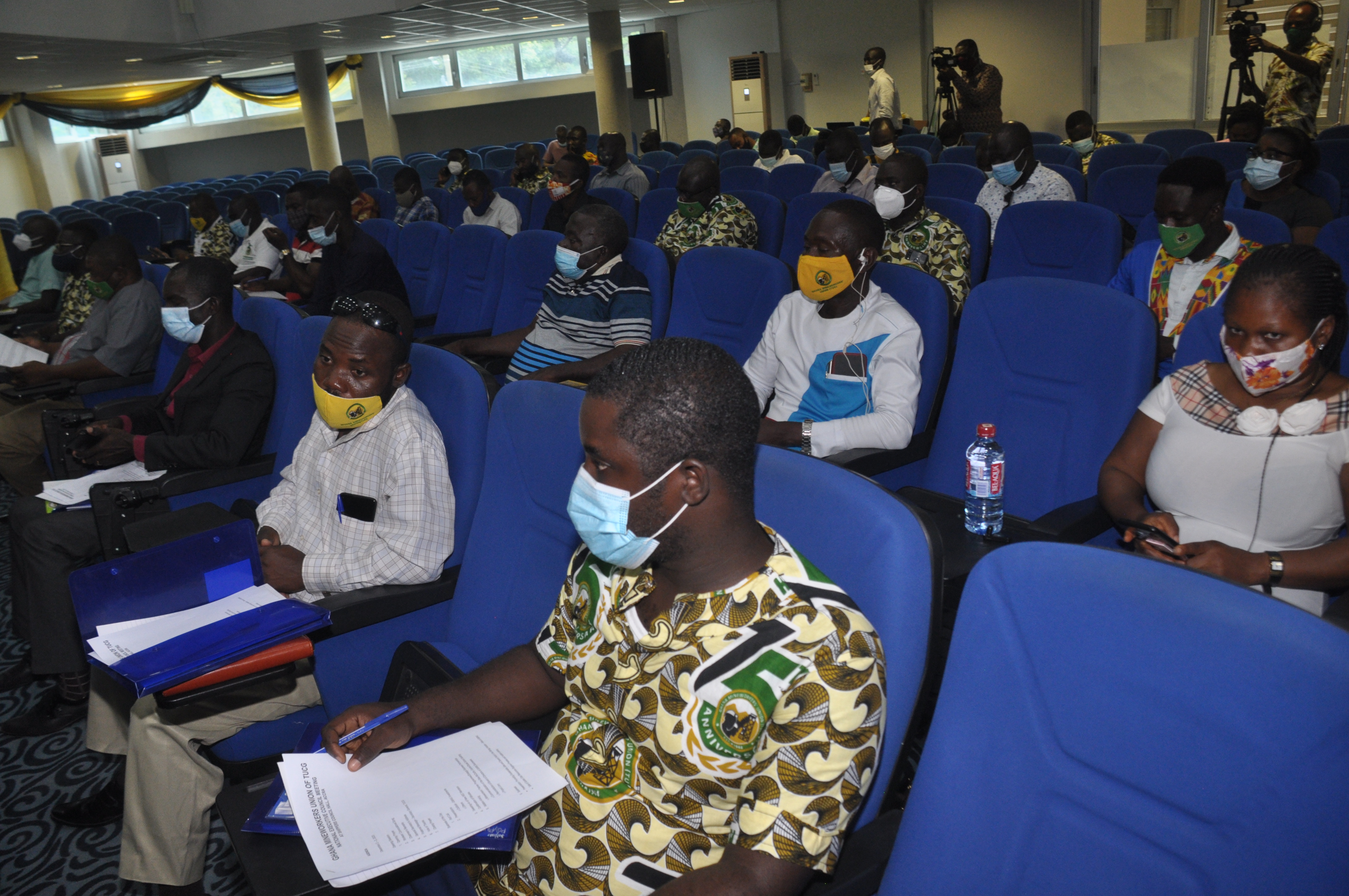 Some participants at the NEC meeting
30.5k Shares

Trade unions and trade unionists have been urged to join the fight against corruption and its related offences, and not to be mere onlookers.

The General Secretary of the Ghana Mineworkers’ Union (GMWU) of the Ghana Trades Union Congress (TUC), Mr Abdul-Moomin Gbana, noted that often times trade unions shied away from the fight against corruption although they were a voice of the working class and the most representative voice of the citizenry.

“The traditional bread and butter issues are important, no doubt, but the time has come for trade unions to break the loud silence and speak up more vigorously in dissent on national policy issues in general, particularly on corruption and corruption-related offences,” Mr Gbana said when he addressed the union’s National Executive Council (NEC) meeting in Accra last Wednesday.

Mr Gbana said trade unions were a part and parcel of the governance architecture of Ghana, and must, therefore, join the fight against corruption.

“Let me remind us all that the natural resources of this country belong to all of us — old or young, abled or disabled, male or female — and not for the National Democratic Congress (NDC) or the  New Patriotic Party (NPP), or any other political party.

“These incidences of corruption which have become characteristic of every government since the beginning of the Fourth Republic are totally unacceptable,” he said.

He described corruption as the number one enemy to the progress of the citizenry.

“As a people, we must rise up collectively and stamp it out of the system, and the time is now. A much firmer hold on corruption will guarantee a much fairer and just society for all, including trade unions and their members,” he added.

The Deputy Secretary-General of the TUC, Mr Joshua Ansah, added that it was important for all trade unionists to break the culture of silence on national issues as individual trade unions.

He said it was necessary to build the capacity of members of the various unions to be able to stand up to challenge and talk about issues.

“If you want to break the silence then it must start from here. In the TUC’s strategy for the next quadrennial, education has been earmarked as one of the first priority areas that would be embarked upon by the leadership,” he disclosed.

The Chairman of the GMWU, Mr Mensah Kwarko, decried the increasing trend of non-standard forms of employment (NSFE), especially fixed-term contract and casualisation that had crept into the industry.

He said such NSFE were precarious and impacted negatively on both workers and the society, and called for strategies to deal with them.

As stipulated in the union’s constitution, the two-day NEC meeting focused on reviewing the activities of the second-half of 2020 and by extension the entire year, and also plan activities for the ensuing year.

At the meeting, the GMWU also eulogise the late former President, Jerry John Rawlings, for his role in the transformation agenda of Ghana’s mining industry and the country at large.