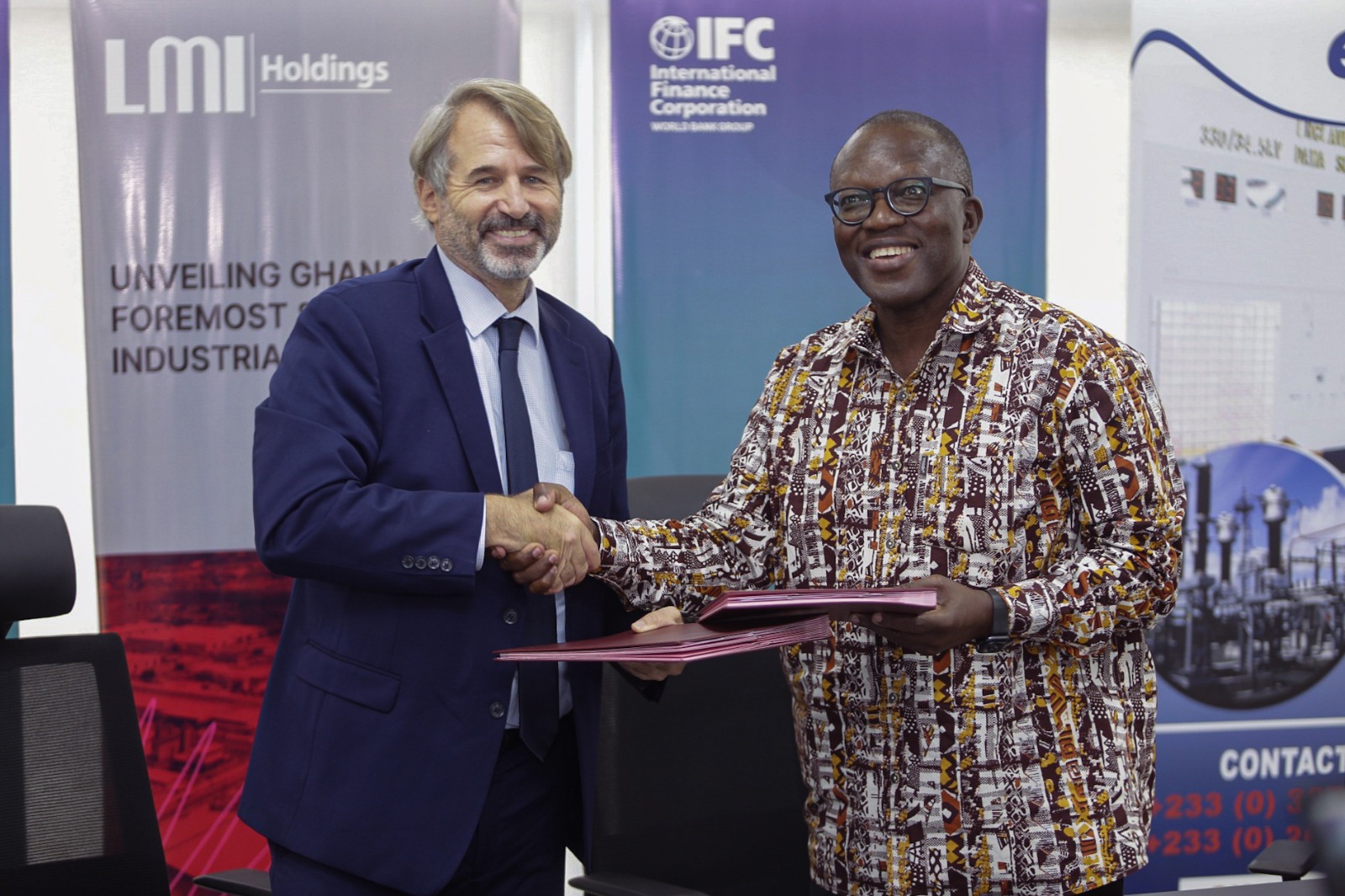 The International Finance Corporation (IFC) of the World Bank Group has signed an agreement with LMI Holdings to provide essential infrastructure services to manufacturing companies located in LMI-operated special economic zones in Ghana.

Per the agreement, IFC would provide LMI Holdings with a loan of US$30 million to support its development plans in the two industrial zones, providing dozens of firms with the essential infrastructure they need to increase their productivity and competitiveness.

Under the partnership, LMI will build a 16.8-megawatt rooftop solar plant that will power businesses operating in the Tema Free Zone (Tema FZ), on the outskirts of Accra, helping to contribute to Ghana’s climate agenda.

LMI will also build a water treatment and distribution plant, with an initial capacity to treat 4,000 cubic meters per day to serve businesses in the new Dawa Industrial Zone (Dawa IZ), also on the outskirts of Accra.

Speaking at the signing ceremony, the Chief Executive Officer of LMI Holdings, Kojo Aduhene, said as an indigenous Ghanaian company, LMI was committed to the task of facilitating the country’s industrialization ambitions and boosting exports.

He said the partnership with IFC gives LMI the means and space to make big bets on Ghana.

He pointed out that power was essential to all business operations, noting that the solar project when completed would start off a renewable journey for power generation.

“We expect the solar project to be completed and operational by October 2023 and the water project six months after that,” he stated.

On the way forward, he said LMI has other projects in the pipeline, key amongst them being the expansion of the yet to be completed solar and water projects and the establishment of another economic zone at Yapei in the Savannah Region.

“We have also cut sod for the construction of another economic zone in the Savannah region. We believe this will help in the industrialisation drive in the north,” he added.

Mr Aduhene noted that together, the over 100 manufacturing companies in the two economic zones have generated over US$4.3 billion for the Ghanaian economy.

For his part, the Senior Country Manager of the IFC, Kyle Kelhofer, said the projects demonstrated how the private sector could bring effective solutions to development challenges and support job-creation.

He said through this investment, the IFC was supporting Ghana’s industrialization ambitions for a greener and more sustainable future.

He said LMI’s solar plant in Tema FZ, compared with current thermal power on the national grid, is expected, together with the water plant, to reduce Ghana’s emissions by approximately 10,000 tons of CO2 equivalent annually.

He noted that the water plant would be Ghana’s first private production of reliable, high-quality water for industry.

“Over the last decade, IFC has provided over $4 billion in financing and advisory services to Ghanaian companies in sectors including agribusiness, education, energy, healthcare, financial services, manufacturing, retail, tourism, and transport,” he stated.