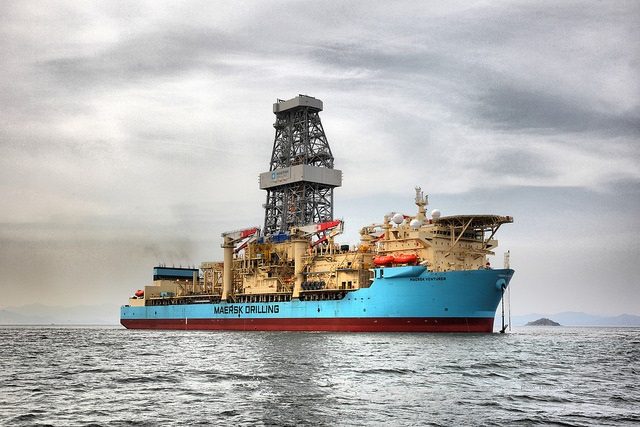 The ultra-deepwater drillship is contracted for up to four years for this program, with provisions for an early termination.
First up will be an Ntomme production well on the TEN fields followed by a production well in the northeastern area of the Jubilee field.
Tullow is finalizing the sequence of further wells to optimize output from both developments, and the partners may contract a second rig to speed up drilling in both cases.
To the west, the company has agreed to terms for two new exploration licenses offshore Côte d’Ivoire, CI-524 and CI-520, with the Ivorian cabinet and formal signing should follow during the current quarter.
CI-524 is alongside the maritime border with Ghana, next to the TEN fields. The initial work program includes re-processing of 3D seismic data ahead of a decision on whether to drill a well.
Later this year Tullow plans to drill the potentially high-impact, light oil Cormorant prospect in the PEL37 license offshore Namibia. There are other prospects nearby of a similar size.
Having secured approval from Jamaica’s government for a nine-month extension to its offshore Walton Morant license, a 2,100-sq km (811-sq mi) 3D survey should get under way in April, a follow-on from a 667-km (414-mi) 2D survey conducted during the first half of last year.
Tullow is also processing results of a 2,555-sq km (986-sq mi) 3D seismic survey over its acreage offshore Uruguay.
In mid-2017, the company began planning and engineering for decommissioning of up to 10 operated wells in the UK North Sea during 2018.
It plans site surveys and other preparatory works during the current quarter, to be followed by around six months of well P&A operations.
Tullow commissions intervention equipment for offshore Ghana
ABERDEEN, UK – Enpro Subsea has won a frame agreement contract to provide subsea intervention solutions to support Tullow Oil’s activities offshore Ghana.
The company will deliver up to 15 of its patented flow access modules (FAMs) during 2018-2019 to facilitate applications including multi-phase metering, scale squeeze and acid stimulation, in addition to potential future applications such as fluid sampling and water cut metering.
Enpro says the FAM system is designed to assist capital-efficient field development using standard subsea hardware.
Follow @Graphicgh
Follow @Graphicgh