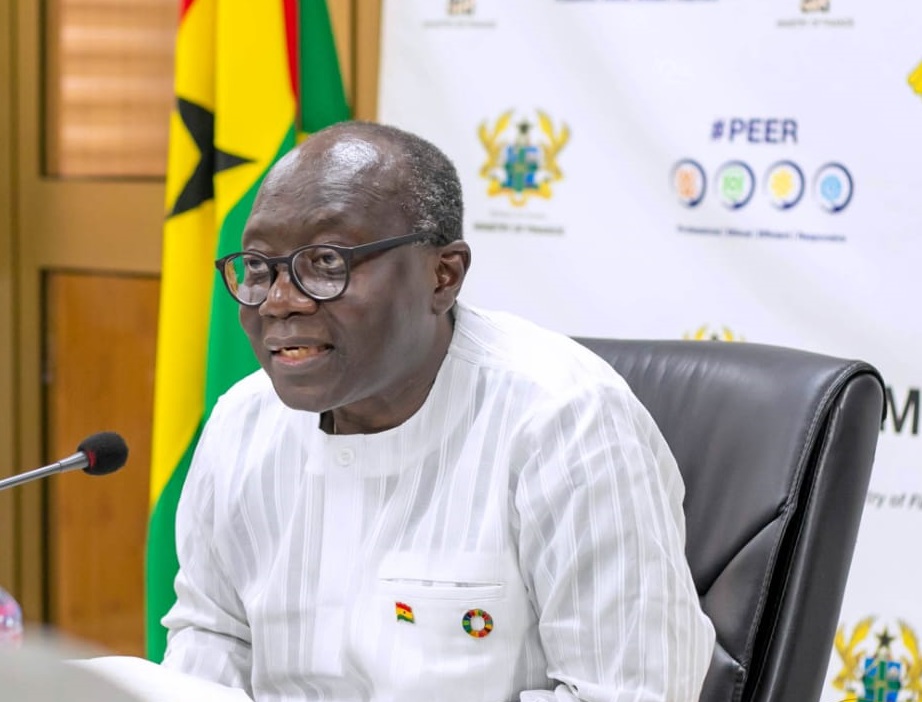 The Minister of Finance, Ken Ofori-Atta, has stated that the government will engage the public transparently on its discussions with the International Monetary Fund (IMF) for support.

At a press conference in Accra Tuesday (September 28, 2022), Mr Ofori-Atta said the members of the committee would be made known in the coming days.

“They will immediately get to work to engage key stakeholders in the financial services sector, additional to ongoing engagements with civil society organisations, social partners (labour unions, employers, faith based organisations, academia

The finance minister used the meeting with the press to comment on topical issues, including ongoing discussions of a potential restructuring of the public domestic debt.


News of debt restructuring surfaced last week when some media houses reported that the government was set to start discussions with local government bond and treasury holders on how to restructure their holdings.

No decision on debt

Mr Ofori-Atta dismissed allegations that the government and the IMF were working at restructuring the country's domestic debts, stressing that no decision had been taken on the national debt.

“We simply have not reached any agreement with the Fund on the parameters of any debt operations as we are in the process of completing the debt sustainability analysis.

“Government shall continue to actively engage all stakeholders in a clear and transparent manner as we seek to fast-track the IMF negotiation process,” the finance minister stated.

He said such reports were false, preemptive and disruptive of the financial sector and ongoing negotiations with the IMF.

Mr Ofori-Atta gave an assurance that the government was committed to protecting the financial sector and would, therefore, not take unilateral decisions that risked undermining the smooth operation of the industry.

He, therefore, cautioned the public to be measured in the public discourse and be minded not to denigrate their own country.

“We welcome all contribution to this great public debate but we must be careful to build and not to tear down our nation,” the finance minister cautioned.

Mr Ofori-Atta said having a sustainable debt path was a prerequisite for the IMF programme and efforts to authenticate that were underway.

In that regard, he said debt sustainability analysis was being conducted by the IMF, the World Bank and the Ghana team aimed at ascertaining the level and impact of the debt on the economy, thereby making talk of a debt restructuring far-fetched.

Mr Ofori-Atta said the country needed a viable domestic financial system to support its development programme, especially at a time when access to the international capital market was limited.

“Therefore, everything must, and will be done, to protect our financial sector; and there must be room for a win-win conversation through extensive stakeholder engagement with both our domestic and external investors.

“Ghana has always had a collaborative approach with its partners and we shall, I am confident, come out with an ‘historic arrangement,'” the minister said.

He said it was this same government that protected the savings of 4.6 million Ghanaian depositors with the reform of the banking and financial sector, even in its early days.

“We owe it to the economy and Ghanaians to keep protecting it,” the finance minister added.

Mr Ofori-Atta said the sanctity and the functioning of the financial system was non-negotiable and the government needed the support and trust of all Ghanaians to deliver that.

“Let us join hands to get this done. The great Celtic Miracle in Ireland in the 1980s was the result of such collaborations, especially with labour, and we shall also be blessed with the Ghana miracle,” the minister of finance urged.

Providing updates on the negotiation with the IMF, Mr Ofori-Atta said it started last Monday and would continue till October 6, saying the discussions were advancing smoothly.

He, however, disclosed that the government and the IMF were working at fast-tracking the negotiations to make way for a deal by December.

“In line with President Nana Addo Dankwa Akufo-Addo's dialogue with the IMF Managing Director, Kristalina Georgieva, negotiations will be fast-tracked to ensure that key aspects of the programme are reflected in the 2023 Annual Budget Statement in November 2022,” Mr Ofori-Atta stated.

“The government is committed to ensuring that a comprehensive package is negotiated with the aim of restoring and sustaining macroeconomic stability, ensuring durable and inclusive growth and promoting social protection,” he said..

Mr Ofori-Atta added that the government team and the IMF team were also discussing policy measures and structural reforms proposed in the economic programme aimed at addressing the economic challenges facing the country..

That was towards restoring and sustaining macroeconomic stability, fiscal and debt sustainability, as well as promoting durable and inclusive growth and social protection,” the minister said.