To bank or not to bank --Nii Amankra-Tetteh shares perspective 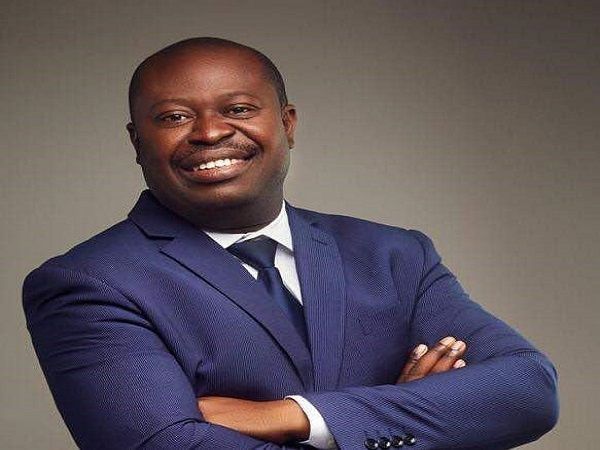 The newly appointed Executive Director of Business at UMB Bank, Nii Amankra-Tetteh has re-emphasised the importance and role of banking to the growth of every economy.

He said the extent to which banking helps in growing the economy through wealth creation could not be overstated.

Sharing his perspective on banking on the Springboard, Your Virtual University, he said although banking was a very personalised individualised experience, it is the tool that helps society as a whole to grow.

“It is where new ideas are formed that help the society grow,” he stated.

He said despite the emerging new trends in banking, the core functions of banking would never change.

“Society has not yet created a process that allows it to make considerations on where we store our wealth and how to support individuals who have great ideas with capital. Society has still not figured out a better way.

“So while we have seen some banking services leave traditional banking, even with the new banking experiences we are having, they are still making the same decisions and considerations that banking does.

“Maybe it may not be banks that will be making those decisions in the future but the function of making considerations about where we invest to create wealth, fund new solutions in society, how we store and distribute wealth will always be required in our society,” he noted.

Level of trust in banking

Nii Amankra-Tetteh said the level of trust individuals have in banking was one of the biggest challenges in the industry.

He pointed out that this situation was not only peculiar to Ghana, as the situation persist all over the world.

He noted that trust in banking was extremely low around the world which could be attributed to some bad behaviours and practices of some bankers.

“Some bankers have failed to do the right thing which has led to people losing their money. If you have gone through the experience of losing money or being cheated, it becomes impossible for you to have trust in banking,” he stated.

To help address the situation, he said the banking industry was now highly regulated now than it used to be.

“Increasingly, we are beginning to see stronger regulations coming through. Some of the frameworks for governance these days spell out clear codes of conducts and behaviour for bankers.

“The laws are getting stringent and a lot of the mystery that shrouded banking is being taken off,” he noted.

He said banking was now a more difficult job than it has ever use to be due to increased regulation.

“But we still have a long way to go to create the kind of respect and trust that makes banking a lot more than it is today,” he stated.

On the part of banks, he said they have also introduced strong guidelines for their staff.

Sharing his life and career experience, he said he was a product of incredible leadership, intended or unintended and followership.

He said he started his career at Standard Chartered Bank as a Trade Operations Assistant, where he learnt a lot of things.

Five years later, he said he found his passion which was largely local business so moved to Barclays Bank, where he spent most of his working life.

“I worked at Barclays for 12 years until I was appointed as the Chief Executive Officer of Bayport Savings and Loans,” he narrated.

He said each of the places he worked at gave him a wonderful experience which helped him settle in his next job.

“I have always been blessed with leaders who have walked that journey before so it makes it a bit easy. I have been supported by those who understood the moments. There a number of people who through interaction with them made my life a lot easier,” he pointed out.

Transitioning from CEO to Executive Director

On how he left his job as the CEO of Bayport Savings and Loans to take up a job as an Executive Director, he said he was more interested in the impact he could make at any level at an organisation than what title he was wearing.

“When I picked up the job as CEO for Bayport, the attraction was never about the title. I was told about a challenge that was on hand and what they wanted to do and that was what got me excited.

“Typically, anytime I have made a move from one job to the next, the question I have always asked myself is how much impact I can make on the job,” he said.

He said one of the reason why he took up the UMB job was also because of the trust he had in the leader of the bank.

“He has led me before and gave me the space to grow so I am extremely comfortable under his leadership and I will not be losing anything as far as I am concerned,” he stated.