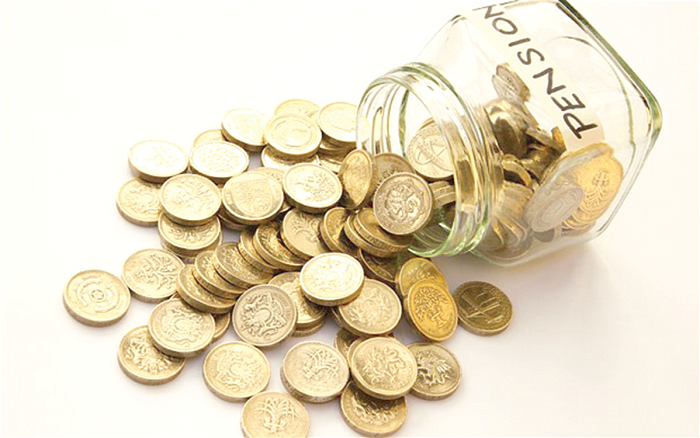 In the past, before the implementation of the current pension reform about a decade ago, several concerns were raised, with agitations by public sector workers over inadequacies in the country’s pension schemes.

The Pensions Ordinance 42 of 1950 appeared as Chapter 30 of the 1950 British Colonial Ordinance, hence, the name CAP (for Chapter) 30. The Pension Ordinance 42 was promulgated in 1950 but took retroactive effect from January 1, 1946 for officers in the public service of the then government of the Gold Coast. Prior to the introduction of Cap 30, there were separate ordinances for European officers (CAP 29) and non-European officers (CAP 30 in the 1936 Revised Edition). The Pensions Ordinance 42 introduced in January 1, 1946 replaced the previous ordinances.

Under the ambit of the National Council for Higher Education (NCHE) in 1961/62, GUSSS was established in Ghana. This was long before the passing of the Social Security Act of 1965 which established the SSNIT, explaining why the government exempted the universities from the participation in SSNIT. GUSSS was established as a successor to the United Kingdom (UK)-based Federated Superannuation Scheme for Universities (FSSU). The GUSSS scheme was revised and re-established on January 1, 1976.


FSSU was a retirement benefit scheme established by a panel of British Life Assurance Companies for British universities in which other universities and university colleges of the British Commonwealth were participants. As a federal and multinational scheme, it facilitated transferability of lecturers, professors and specialist staff (teaching, research, etc.) among universities in the Commonwealth.
The SSNIT was first established by the Social Security Act 1965 and later amended by Social Security Decree 1972 (NRCD 127) as a Provident Fund, a defined contribution scheme. However, the Social Security Law of 1991 (PNDCL 247) changed the scheme to a social insurance (defined benefit or pension) scheme, with effect from July 1, 1991.

The Ghana Armed Forces Retirement Scheme established effective February 1, 1966 is enshrined in the Armed Forces Regulations (AFR) Vol. III (Finance) as part of the conditions of service. The GAFR Regulations Vol. III provides the legal basis for payment of retired or service pension, service gratuity and/or terminal grant.
At this point, it will be worthy to mention that the CAP 30, in its original form as introduced in 1946, was actuarially sound.

Over the years, successive military governments introduced various modifications to the CAP 30 without regard to the actuarial and financial implications, thus rendering the scheme a bit more generous in relation to the SSNIT programme. Of particular concern to most workers groups had been the disparity in the benefits enjoyed by retirees from the public service under the CAP 30 and the SSNIT pension schemes, with more public sector workers desiring the CAP 30 pension scheme.

The need for reform

Therefore, in response to the public agitations, the government recognised the need for a reform and initiated a pension reform with the following objectives: to ensure the creation of a sustainable unified pension structure for all public sector workers in the country; to introduce a scheme that would ensure retirement income security for Ghanaian workers, with special reference to the public sector; and to further address concerns of workers.

The government set up the Presidential Commission on Pensions (PCP) which examined the existing pension schemes and submitted recommendations for sustainable pension scheme(s) that would ensure retirement income security for Ghanaian workers.

The government accepted most of PCP’s recommendations and issued a white paper for their implementation.

Further to that, the Pension Reform Implementation Committee (PRIC) and a project consultant were appointed by the government to oversee and coordinate the establishment of the necessary structures that will facilitate the speedy implementation of the recommendations by the PCP approved by the government. The PRIC’s work culminated in proposals for a National Pension Reform Bill to government which was passed into law as the new National Pension Act, (Act 766) in December 2008.

When the green light for the reforms was given by the government, the National Pensions Act (Act 766) in December 2008 was enacted.

It was this Act that led to the creation of a new contributory three-tier pension system comprising two mandatory schemes and a voluntary one.

Tier 1: a mandatory basic national social security scheme to be managed by SSNIT;

The National Pensions Regulatory Authority (NPRA) was then established to regulate both public and private pension schemes in the country.

Employers are now required to set up mandatory Occupational Pension (Tier 2) Schemes, subject to the guidelines published by NPRA on May 3, 2012 or join Occupational Schemes set up as Master Trust Schemes.

Similarly, employers may set up voluntary Tier 3 schemes (provident fund, personal pension schemes and other privately managed schemes), subject to the guidelines published by NPRA on May 1, 2012 or join Tier 3 schemes set up as Master Trust Schemes.

Employer-sponsored schemes are referred to as “Stand Alone” schemes and are schemes set up for one particular employer. Master Trust schemes, also called “Umbrella Schemes” or “Multi-Trust Schemes”, are a simple, multi-employer, cost-effective vehicle for retirement benefit arrangements, allowing the multiple employers and their employees to focus on their core business.