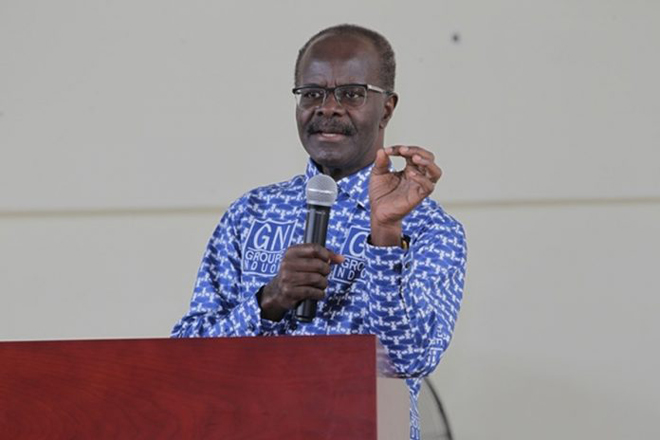 He said the financial sector in every country was essential not only for development and wealth creation but also to fuel trade, and economic activities and provide the needed cash flow to run the economy.

He advocated a consolidated and complementary action from the government, Parliament, regulators, private sector businesses and consumers to strengthen indigenous financial institutions.

Regarding the liquidity crisis in the sector, Dr Nduom called for legislation that would allow the government to lend up to 10 per cent of GDP to local banks and financial institutions that met requirements to be specified.

Sharing his perspective on the crisis facing indigenous banks in an interview with the Daily Graphic yesterday, Dr Nduom recognized the efforts of the current administration to find lasting solutions to the challenges facing the financial sector.

He, however, urged the government to act on its promise to provide affordable loans to capitalise local banks and allow them to lend to key areas of the economy.

He said there should, however, be peer review at all levels on all loans to ensure that value was created.

Such a plan, Dr Nduom stated, would allow the government to accelerate its development agenda with a transparent legal framework behind it that should include the framework for open reporting by all banks in Ghana.

“This is not a bail-out” he said, stating that “the private sector in Ghana is too small and every Ghanaian would benefit from lower interest rates and a better quality of life if government ensures that the loans are being granted to key priority areas designated by the government.”

“It is a win-win that can accelerate Ghana’s industrialisation and end our reliance on aid,” he argued.

To kick this off, Dr Nduom stressed the need for an urgent leadership meeting involving the Presidency, Ministry of Finance, parliament, financial industry and regulators to agree on the solution.

Dr Nduom observed that the collapse of seven indigenous banks in the span of 12 months as well as continuous public discussion about which one would potentially collapse instead of how to support the rest, had helped to rather reduce the confidence in the remaining indigenous financial institutions.

He pointed out that the negative speculations fuelled by sections of the media using economists, various analysts and others with no direct stake in the financial sector had made some people to avoid working with the indigenous banks.

In its wake, he said panic withdrawals had become the order of the day and that had caused a liquidity crisis.

He also noted that the Bank of Ghana’s decision to raise the minimum paid up capital from GH₵120 million to GH₵400 million moved bank management and shareholders to spend time on looking for money than running the banks.

He said that real or perceived governance failures on the part of financial institutions which played out daily in the media had also painted all indigenous banks with a broad negative brush.

“Constant replaying of the weaknesses without presenting those making the effort to play by the rules had led to the liquidity crisis,” he said.