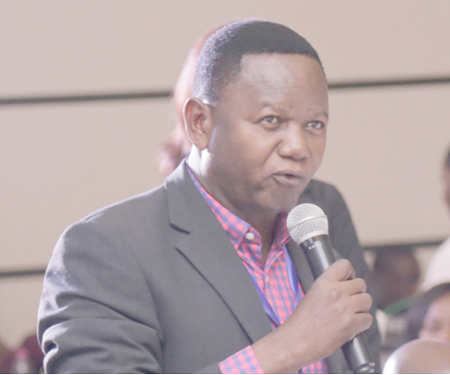 The General Agriculture Workers Union (GAWU) has called for a rethink of the strategies used for the distribution of fertiliser under the Fertiliser Subsidy Programme (FSP).

That, it said, was necessary for the sustainability of the Planting for Food and Jobs (PFJ) initiative, one of the government’s flagship programmes designed to improve agricultural productivity in the country.

With particular reference to subsidised fertiliser for farmers, the union argued that subsidy was a development tool that the country should not allow to be abused at the expense of the majority of the people who are meant to benefit from it.

“Today there is no subsidy anymore or the subsidy has no effect because the fertiliser is smuggled out. Once it is a subsidy, it must get to a target group and so if it does not get to them, then it cannot be counted as subsidy,” the General Secretary of GAWU, Mr Edward Kareweh, said in an interview on July 30, 2021, in reaction to the bruohaha over the fertiliser subsidy and its access in the country.

Reacting to similar calls by a sister association, Mr Kareweh said the agitations could be born out of frustration.

“If the ministry has also come out to say the fertiliser is being smuggled, then it is confirming the product does not get to the farmers,” he said.

Meanwhile, other stakeholders in the agric sector have called for the removal of the FSP programme to ensure optimal and steady supply of the product to farmers nationwide.

The players include the Chamber of Agribusiness, Ghana (CAG).

The chamber had pushed for what it described as the total deregulation of the fertiliser downstream in fulfilment of the Plants and Fertiliser Act, 2010 (Act 803).

The Act provides for plant protection, seeds and fertiliser control, and for related matters.

The CEO of CAG, Mr Anthony Selorm Morrison, in an interview, further asked the government to take a cue from the removal of subsidies on petroleum products some 20 years ago and how it leveraged and promoted massive private sector investments.

He explained that although the Chamber was not calling for a price ceiling, a complete removal of government subsidies would help to fully integrate the industry and set it up for full investment by the private sector.

“Farmers would be able to access fertiliser all year round and quality fertiliser at affordable prices. Our stance is based on our own analysis of the FSP,” he said.

The CAG was, however, of the view that the necessary tool to make such deregulation productive was for the government to set up the Ghana National Agriculture Regulatory Authority (GNARA).

The Peasant Farmers Association of Ghana (PFAG), has also urged government to bring all stakeholders, including peasant farmers who are the target beneficiaries to the table in order to review the programme, after the present crop season.

It suggested that instead of running the current system in its manner, farmers should be provided with a support system (cash) which is different from fertiliser subsidy to enable farmers to go out there and buy the fertiliser as and when they need it.

An economist, Prof. John Gatsi, for his part, said providing subsidies to agric was necessary especially to be able to remain competitive.

Prof. Gatsi, who is also the Dean of the Business School at the University of Cape Coast (UCC), said rather, the FSP should be well targeted.

He said proper targeting to those who needed the fertiliser most (smallholders) could improve the effectiveness of the FSP and improve with effective targeting of resource-poor smallholders.

“Policy makers must ponder the question of how to improve the targeting of input subsidy programmes in the country,” he said.

Suppliers of fertiliser for the government’s flagship programme to improve agric productivity, the Planting for Food and Jobs (PFJ), halted distribution of the product in April 2021 due to debt owed them by the government.

On July 16, the Daily Graphic reported the sector Minister, Dr Owusu Afriyie Akoto, as saying that importers of fertiliser under the PFJ were under siege by their financiers because out of GH¢940 million owed dealers in fertiliser and other subsidies since the beginning of last year, the government had been able to pay only GH¢250 million.