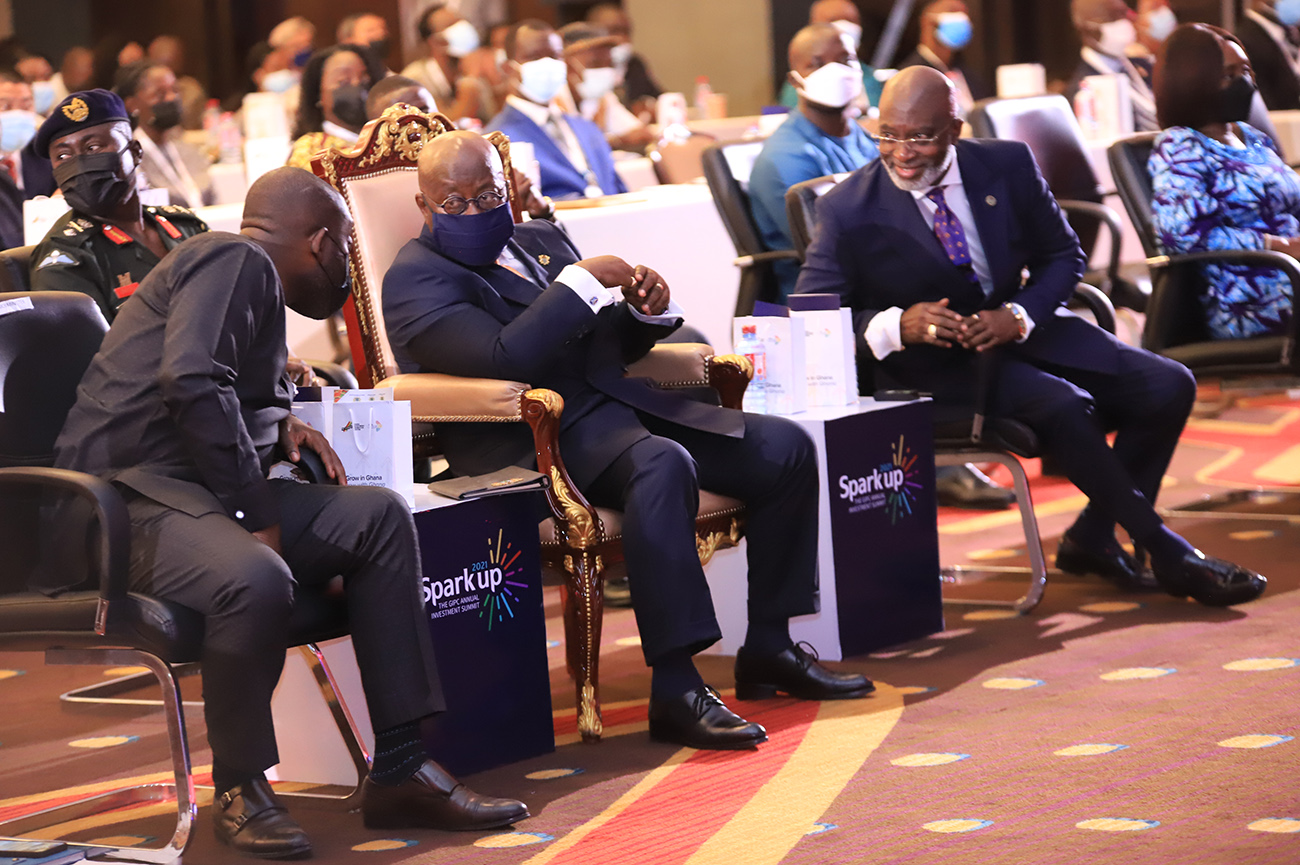 In spite of the ravages of the COVID-19 pandemic which have brought many economies to their knees, the government is working to attain five per cent growth in domestic productivity.

President Nana Addo Dankwa Akufo-Addo, who gave the assurance, said pursuing that level of growth for the economy would enhance the prospects of a win-win environment for both the private sector and the country and create an environment where companies did not just survive but actually thrived.

Giving the assurance when he opened the maiden annual investment summit dubbed: “Spark Up Summit” in Accra yesterday, the President noted that his government inherited an economy which was growing at an average of 3.4 per cent of Gross Domestic Product (GDP), which measures productivity in the domestic economy. 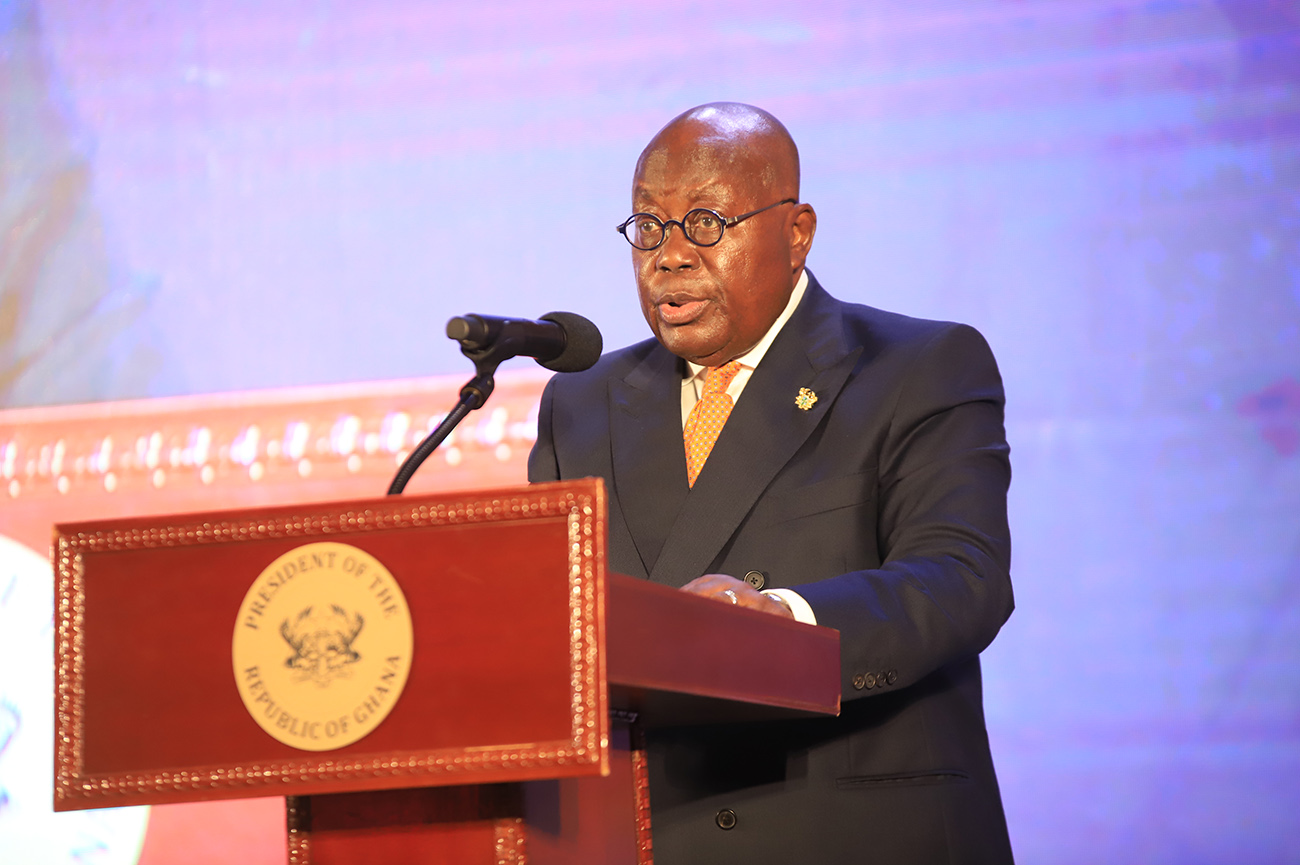 Spark Up is organised by the Ghana Investment Promotion Centre (GIPC) and the Ministry of Information to stimulate conversations among investors, facilitating agencies, private service providers and the public to fully unlock Ghana’s investment potential.

It is a single platform that connects all efforts in the foreign direct investments (FDIs) ecosystem and it is expected to re-ignite investments into Ghana and facilitate business growth.

President Akufo-Addo said the government had been able to move the economy to become one of the fastest growing in the world between 2017 and 2020 at an average of seven per cent GDP annual growth rates, up from the 3.4 per cent growth it inherited in 2016.

He noted that while the economies of many countries around the world were in recession last year, having recorded negative growth, largely as a result of the COVID-19 pandemic, Ghana’s economy was one of the very few that still managed to record a positive GDP growth of 0.1 per cent.

That, he explained, was significantly reduced from the average of seven per cent per annum that the country became accustomed to in 2017, 2018 and 2019.

The President reiterated the fact that the government had a blueprint for the revitalisation of the economy from the effects of the COVID-19 that had identified the relevant sectors requiring the needed investments.

Such investments, he said, would help accelerate the rebound and growth of the economy, as was witnessed in the years just before the pandemic.

The President mentioned the GH¢100 billion Ghana COVID-19 Alleviation and Revitalisation of Enterprises Support (CARES) ‘Obaatanpa’ programme, saying the target was made up of GH¢30 billion from the government and GH¢70 billion from the private sector and would focus on injecting substantial investments into key sectors of the economy, including agriculture, agro-processing, manufacturing, health care, housing and infrastructural development.

“In seeking to mobilise the GH¢70 billion from the private sector, it becomes even more important to examine also how FDIs are on-boarded into the economy of Ghana,” he said.

President Akufo-Addo expressed the hope that the maiden Spark Up would be dedicated to exploring ways of improving the turnaround times and the efficiency with which potential investments were integrated into the economy.

He noted that while global FDIs declined by some 42 per cent in 2020 in the midst of the COVID-19, Ghana recorded $2.65 billion in FDIs, representing a significant increase over the 2019 FDI value.

He charged the GIPC to use the summit as a platform for open, frank and solution-oriented engagements with investors, regulators and investment facilitators.

The President expressed the hope that the summit would afford facilitator agencies, regulators and public officials, on the one side, the opportunity to engage directly with investors and potential investors, on the other, to explore how the various bottlenecks and the frustrated slow down of potential investments could be quickly unlocked.

That would afford a smooth and quick establishment of all registered investments to complement the efforts of the government in engineering growth and the creation of jobs for our people, he explained.

The Minister of Information, Mr Kojo Oppong Nkrumah, said Spark Up was in line with President Akufo-Addo’s vision of bringing together stakeholders, including the ministries of Finance, and Trade and Industry, the GIPC, investors, among others, for a fruitful engagement.

He said the event would create the forum for the investors and public service providers facilitating the on-boarding of FDIs into the country to discuss ways to quicken the process of investing in the country.

He said it was high time Ghana moved away from exporting raw materials to increased productivity and value addition, the surest way of earning foreign exchange and developing the country.