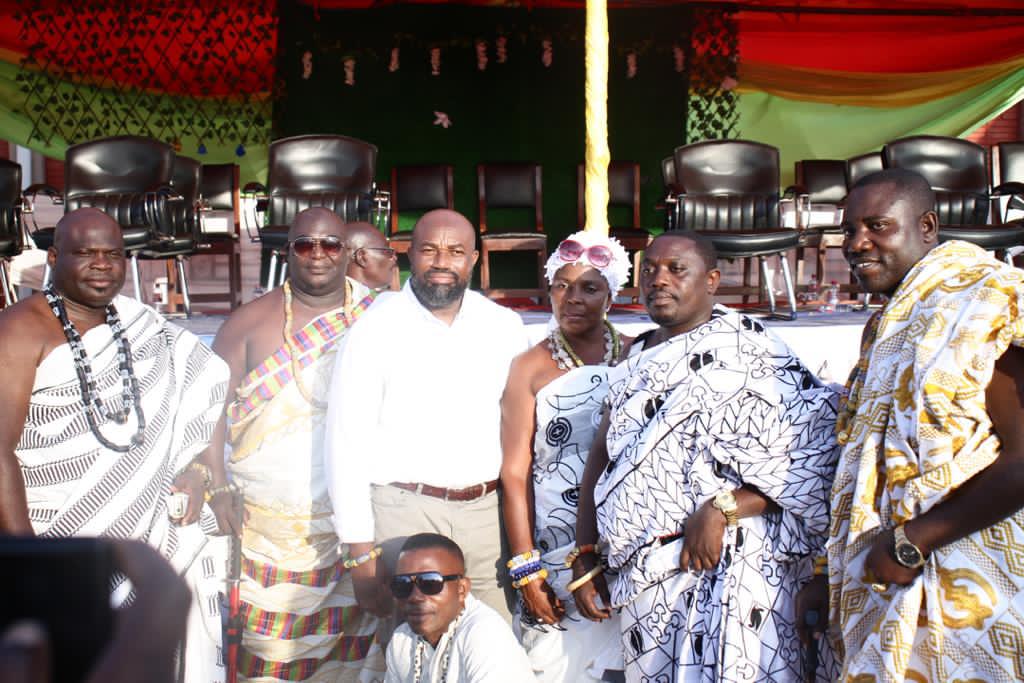 The District Chief Executive (DCE) of Ada West, Mr Adzoteye Lawer Akrofi believes the ratification of the mining leases to the Ada Songhor Salt Project will alleviate poverty among the youth and women by creating over 600 jobs.

Addressing the press, Mr Adzoteye Lawer Akrofi said poverty which happens to be the biggest problem in the district will be reduced significantly in the area with jobs set to be created for the people.

“The Songhor salt project certainly offers job opportunities to the youth and the women who will sell around and even those who own lands, the value shall be added to the lands and so all sort of jobs will be created,” Mr Akrofi said.

Mr Akrofi added that the Songhor salt project has the capacity of producing 2.3million metric tons of salt annually.

He noted that in the next three years, the project would be able to produce over one million metric tons as compared to the 60 per cent it produces currently.

“This will mean that all the bi-product like petrochemical as well as caustic soda among others and even in the agriculture sector, the raw salt is being used and therefore it is something that is going to lift up Ada West from the poorest district in Greater Accra to the richest in the region,” he explained.

He encouraged members of the district to rally around and support Electrochem Ghana Limited to deliver the kind of development the district is lacking to the benefits of all.

The traditional leaders of Ada had expressed gratitude to President Akufo-Addo and the NPP government for ensuring the ratification of the mining leases to the Ada Songhor Salt Project at the opening ceremony of the project.

They have noted that their people had been deprived of access to the river for both fishing and salt mining for over decades and lauded the government for bringing a lasting solution to the issue.

“We the youth will get something to do to feed our families, we thank the President for granting our request, as young people, we know this is our time and we will make the best out of it,” he said.