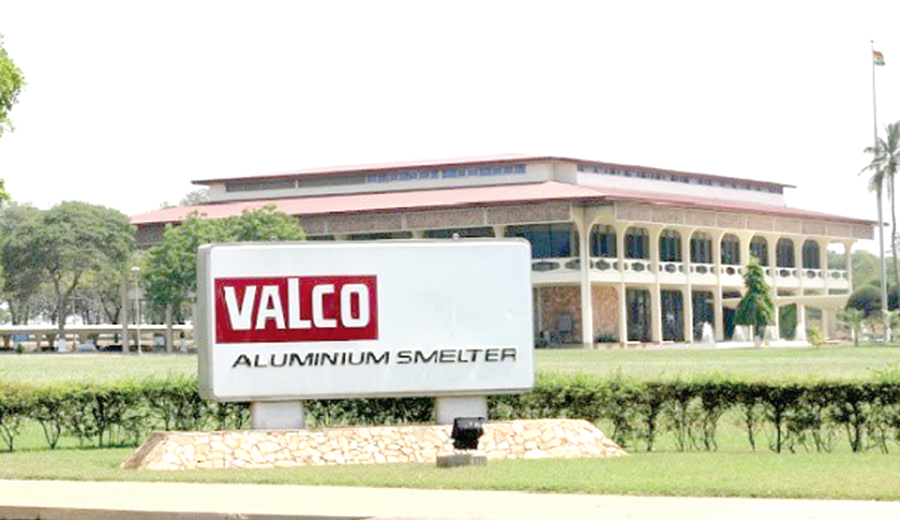 The planned shutdown of the Volta Aluminium Company’s smelter won’t cost the company US$100,000 per port and a further US$10 million to restart, management of the company has stated.

In a release issued by the company to clear the air of recent developments at VALCO, it said the planned shutdown had become necessary due to recent actions by some workers of the company.

The release which was signed by the Board Chairman and the Chief Executive Officer of VALCO, said following the unannounced takeover of the smelter on Monday October 31, by some workers, management took the decision in line with the board’s directive to immediately work with GRIDCo as a matter of urgency to take down the line in an orderly fashion to save it in order to allow for a very smooth restart as soon as possible

It said this was in sharp contrast to reports circulating in the media that GRIDCo, following an order from above, had cut power supply to the company following a protest by workers.

“We wish to also state emphatically that it will not cost VALCO about $US100,000 per port in shutting down and US$10 million in restarting the plant. Rather, it is to prevent such occurrences that management opted for the controlled halt to its operations,” the release noted.


The management also noted that the workers, after a series of negotiations led by their union executives, made an initial demand of a 62 per cent salary increment and subsequently reduced it to 55 per cent.

In response, the management of VALCO, offered to grant a 22 per cent increment in salaries for the workers with the assurance of further increment in the future as the company continues its efforts in finding a strategic investor.

“Management of VALCO appealed to the workers to consider the current state of the Aluminium Smelter which, for years, has been recording loses until the year 2021 where, through prudent management and better supervision, chalked some modest gains.

“We are hoping to build on this and retrofit and modernise the plant to improve efficiency and increase its capacity,” it stated.

The management said it further indicated to the workers union executives that they would on November 1, 2022, finalise a communique for submission to the National Labour Commission (NLC) for independent third-party adjudication in accordance with law after negotiations between management and the workers ended in a stalemate.

“However, the workers would have none of this and on October 31, 2022, embarked on a full-blown takeover of the smelter, insisting they would not allow the executive management into the plant,” the release said.

The management in the release also accused the workers, led by their union executives, of making a demand that their salaries be pegged to the dollar.

It said the parties were unable to reach an agreement on this and declared a deadlock on Friday, October 28, 2022.

“It is significant to clarify that the salary of the Ghanaian worker is not indexed in the USD but our national currency, the Ghanaian Cedi, thus, the demands from the workers to have their salaries pegged to the USD is untenable and must be disregarded.

“We however recognise that both internal and external factors may cause an appreciation or depreciation of the Cedi to the USD and other foreign currencies, a situation that may impact the salary of workers from time to time. It is for this reason that there exist a Collective Agreement between VALCO and the Industrial and Commercial Workers’ Union (ICU) to meet periodically and depending on the exigencies of the period, agree on the quantum of salary increase for that period,” the management explained.

The management assured all stakeholders, workers and the general public to remain calm as the board and management continue to dialogue with labour to find a resolution to the impasse and to ensure there is no threat to life and property.

“VALCO remains an integral part of President Akufo Addo’s vision of developing an Integrated Aluminium Industry in Ghana. The continuous operation of VALCO is significant as it will anchor both the upstream and downstream industries.

“VALCO has commenced processes to partner a strategic investor that will retrofit and modernise the plant to increase its production from the current 50,000 tonnes out of its 200,000 tonnes installed capacity to 300,000 tonnes of refined aluminium per year,” it stated.