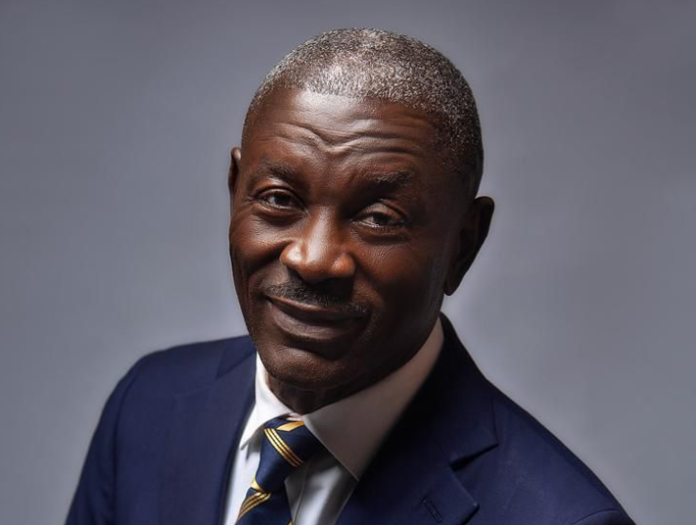 The Founder of the defunct UT Bank, Capt (rtd) Prince Kofi Amoabeng, has disclosed that philanthropist and businessman, Alhaji Seidu Agongo, offered to extend his benevolence to him when he appeared in images wearing an unusually scruffy beard.

The retired Ghana Armed Forces Captain said while other Ghanaians used those pictures to mock and laugh at him, Alhaji Agongo, also the founder of the collapsed Heritage Bank, contacted him on the quiet to ask if he could be of help in any financial difficulty that he might have found himself in.

The seasoned entrepreneur said although he did not pursue the benevolent request, the gesture by the owner of the Class Media Group (CMG), among other businesses, touched him in a manner that made him understand that at least, one of his fellow Ghanaians cared about his welfare.

Capt (rtd) Amoageng was made the disclosure when he spoke to Nana Otu Darko, host of CTV’s Breakfast Show, on Tuesday.

He said the led to him forming a pleasant image about Mr Agongo’s personality although he had not met him before.

He added that it was also the main reason why he accepted to appear on the breakfast of the CTV, one of the stations of the CMG empire. `


“Actually, the reason why I could not say no to your invitation was because of Seidu Agongo personality,” he said on the show that was also broadcast live on the CTV social media channels.

“I have never set eyes on him but at some point, in time, after the COVID-19 pandemic hit, I started wearing this beard and I took a picture of myself and posted it on social media.

“That set tongues wagging that ‘I was on the verge of death’, ‘I’ am now a pauper,’ among other negative comments.

“But the boss of this place [CMG], Seidu Agongo, sent me a WhatsApp message that if I am in difficulty, I should send him my account number for him to give me some money,” Capt (rtd) Amoabeng, whose UT Bank championed speedy disbursement of loans in the country, said.

“Of course, I did not pursue it but I am ever so grateful that, at least, one Ghanaian thought that instead of laughing at him, let me help,” he noted.

The said pictures, which had Capt (rtd) Amoabeng in a cup over T-shirt and a scruffy beard, were released around May 2020.

They came at the height of the COVID-19 pandemic, when lock downs forced many to cultivate new lifestyles that included keeping beards and bushy hairs.

Prior to those pictures, Capt (rtd) was known was for his dapper suits or neatly African prints pressed over trousers.

Commenting on the collapse of Heritage Bank, Capt (rtd) Amoageng said he was pained by the action, given the state of the bank at the time of the collapse.

“The Bank of Ghana had issued a licence to Heritage Bank and Heritage Bank had not operated for long. So, unlike UT Bank, Heritage Banj had no bad loans or anything and it was a wholly-owned Ghanaian company that we had to nurture to grow,” he said.

“Secondly, the owners of Heritage Bank found it fit to appoint a solid board. I mean, the chairman was Prof Kwesi Botchwey. When it comes to finance in this country, he is the safest hands you can get; he has seen it all.”

“As chairman, the board members ran the bank, not the owner and so, I do not know Seidu Agongo – as I told you, I haven’t met him before – but I know Kwesi Botchwey and I know his track record.

“So, if you have a bank that hasn’t got any baggage, it is fresh and it is gotten a board headed by Kwesi Botchwey, then it means its closure was a worse decision than UT Bank,” Capt (rtd) Amoabeng said.

“As for UT Bank, we owed and they could have bailed us out but they decided not to bail us and that is why I mention that Heritage Bank, for example, was collapsed out of sheer wickedness”, he added.

He said the financial sector clean up exercise set out a dangerous precedent that must be discouraged.

The UT Bank was collapsed in August 2017 as one of two banks whose closure would herald a financial sector clean up exercise that saw the licences of nine banks and more than 370 financial institutions revoked.

The exercise cost the state in excess of GH¢21 billion and threw thousands of employees and hundreds of thousands of their dependents into disarray.