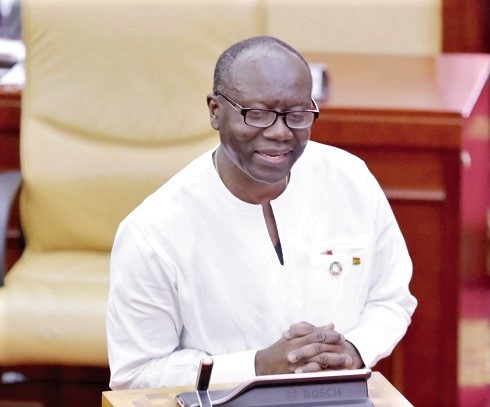 Ratings agency, Standard and Poor's Global Ratings (S&P), has maintained the country's creditworthiness score at 'B' negative and 'B' over its solid growth prospects in the short to medium term.

The agency also left the outlook at stable, saying that it was convinced that measures put in place to arrest the debt growth would yield the necessary results.

In a statement issued last Friday, S&P, however, warned that it would not hesitate to revise the current rating score in the next six to 12 months should the situation change.

The affirmation of the country's long and short term foreign and local currency sovereign ratings at 'B' and ‘B’, respectively, means that Ghana's debt are classified as highly speculative in the eyes of global investors.

S&P is now the only agency among the top three to have maintained the country's credit worthiness score this year.

Earlier in January and February, Fitch Ratings and Moody's Investor Services downgraded the country's score to B negative from B with a negative outlook and B to Caa1 with a stable outlook, respectively.

Experts say the downgrades are a global phenomenon occasioned by the damage caused by the COVID-19 pandemic on economies.

So far, 48 countries have been downgraded globally although only three countries in Africa — Nigeria, Tunisia and Mozambique — share the same ranking on the scale used by the ratings agencies.

The downgrades followed a strong build-up in debts and the posting of large fiscal deficits as governments across the world step up borrowing and spending to help contain the effects of the COVID-19 pandemic.

S&P said in its statement that: "Our ratings are supported by Ghana's solid growth prospects - with real GDP growth projected to average close to five per cent per year over 2022 to 2025 - as well as its relatively transparent and responsive political institutions and largely market-oriented economy.

"Ghana is one of the most open economies in Africa, with exports equal to one-third of GDP.

The largest two sectors, mining and hydrocarbons, account for about 70 per cent of all exports."

"Because of Ghana's relatively diversified commodity base of gold, oil, and cocoa, its terms of trade have remained fairly stable, with a 10-year average standard deviation of 3.4 per cent.

We expect these offsetting trends could continue over the medium term," the agency said.

On the statement outlook, S&P said it balanced the country's high government debt levels and an elevated interest burden against its expectation that the government debt to GDP would return to a gradual downward trend as growth recovered and fiscal consolidation proceeded.

Constraints Beyond the positives, S&P said its ratings on the country remained constrained by weak public finances, it expected the recent commitments by the government to impose a 20 per cent cut to discretionary spending to reduce expenditure by over one per cent of GDP during 2022.

Some analysts have established that 48 countries had their ratings cut by at least one credit ratings agency following COVID-19 outbreak.
Fitch is the most active with 45 downgrades, or 26 per cent of the sovereigns it rates.

S&P is next with 37 cuts or 18 per cent of its sovereign ratings.

Moody’s lowered 33, or 20 per cent of the countries it assigns sovereign ratings to.

According to the International Monetary Fund, COVID-19 has seen debt in developed economies collectively surge 20 percentage points to 124 per cent of GDP.

Across emerging markets it has gone up nine percentage points to a record 61 per cent and is expected to hit 70 per cent of GDP.

Overall, poorer countries have borne the brunt of cuts.

Fitch delivered the most cuts in most places although S&P led in Sub-Saharan Africa where it cut half the countries it rates.