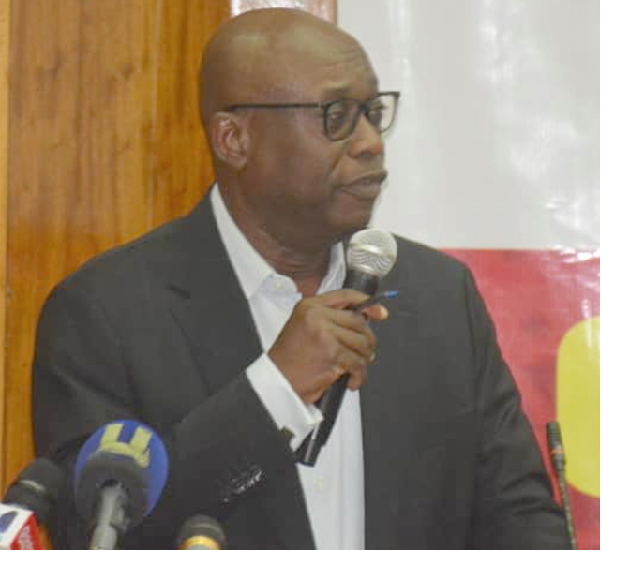 A major bane of industry has to do with the current structure of import duties in the country.

Due to the numerous taxes and duties charged on the import of raw materials mostly used by manufacturing companies in the country, the prices of the final products are high because the cost borne by the importers is passed on to consumers.

This phenomenon tells whenever the Producer Price Index (PPI), which measures the average change over time in the prices received by domestic producers for the production of their goods and services, is released.

This represents an increase of 4.7 percentage points over the period and signals what the general price levels of goods and services within a period will be for the month in review.

To help address the situation, the Chairman of the Tropical Cable and Conductor, Dr Tony Oteng Gyasi, one of the country’s major entrepreneurs, has called on Parliament to put in place measures that would transform the current import duties structure in the country.

He said the current import duty structure had become problematic for local industries, hence the need for the law making arm of the state to do something about it.

Dr Gyasi made the call when the Association of Ghana Industries (AGI) held a forum to discuss the role of Parliament in promoting Ghana’s industrial development agenda.

“We believe that Parliament needs to think long-term and, in that process, ensure that every policy being passed concerning duties and taxes was in favour of industries,” he stated.

He said the core mandate of Parliament was law making and as part of that was also a key contributor for the designing of policies on taxes and approving the national budget.

For this reason, he said Parliament was critical on the country’s agenda to use laws to develop all aspects of the nation.

“If taxation can be used to improve industries, Parliament should be able to do that but very often, it focuses more on revenue collection than supporting industries,” he noted.

Also speaking at the forum, the Minister of Parliamentary Affairs, Osei Kyei-Mensah-Bonsu, said the 1992 Constitution of Ghana placed much emphasis on the central role of the private sector in economic development.

He said the role of the private sector in the country’s development could, therefore, not be taken for granted.

Mr Kyei-Mensah-Bonsu, who is the leader of Parliament said the house was committed to passing laws that would help industries grow and contribute more to the economy.

He said the Constitution even compelled the state to take all the necessary steps to establish a sound and healthy economy with an underlying principle that gives equal opportunities to individual initiatives and creativities in the economy.

He noted that the Constitution also mandated the government to foster an enabling environment for a more crucial role for the private sector, a course Parliament was committed to.

The NDC Member of Parliament for Elembele, Emanuel Armah-Kofi Buah, also pointed out that the country had a fundamental weakness in its parliamentary structure.

“If we recall, there was an attempt for reforms in our Constitution under late President John Evans Atta Mills and one of the critical provisions we tackled was the role of parliamentarians which is sometimes linked to the Executive and Legislature at the same time.

“Today, when you come to Parliament, half of the MPs are ministers of state and others have become board members of state institutions.If the leader of the majority is a Minister of State, how do you expect him to raise concerns on taxes such as the electronic transaction levy which will impact negatively on businesses,” he noted.

For his part, the President of the AGI, Dr Humphrey Ayim Darke, said the forum came at a time when industries sough solutions to the challenges thwarting the growth of their businesses in the country.

He said the current exchange rate situation, fuel price hikes and the external shocks from the Ukraine-Russian war have created turbulent times for industries and the economy in general.

“We have also seen the Bank of Ghana (BoG) deploying monetary policy tools to tame unyielding inflation. Even today, the Ghana Statistical Service’s (GSS) producer price inflation (PPI) for June rose to 38 per cent from 33.3 per cent in May,” he said.

He said this was an alarming situation that required both the majority and minority in Parliament to work closely at enacting laws that will accelerate industrial transformation agenda.