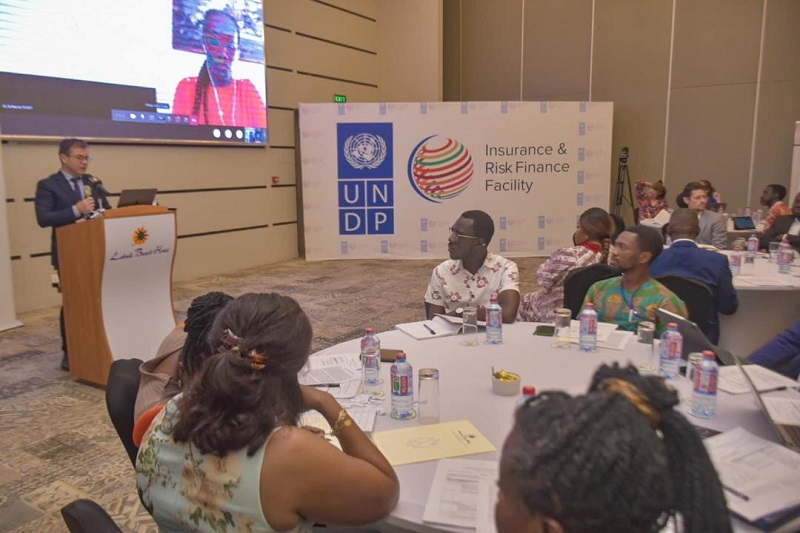 A public-private partnership project to scale up disaster risk finance and insurance solutions as well as build financial resilience has been launched.

Dubbed “The Insurance and Risk Finance Facility (IRFF),” it seeks to develop a parametric flood insurance cover, enabling timely pay-out of disaster relief funds and building capacities of public assets and stakeholders to enhance the authorities' response capacity to flood events, with a focus on the re-establishment of economic activity in poor and vulnerable communities.

It is result of a Tripartite Agreement signed in 2019 at the UN Secretary General’s Climate Action Summit between the United Nations Development Programme UNDP, the German Federal Ministry for Economic Cooperation (BMZ), Insurance Development Forum (IDF) members Allianz and Swiss Re and 10 of the world’s insurance and reinsurance companies.

Launching the project yesterday, the UNDP Ghana Deputy Resident Representative, Sukkrob Khoshmukhamedov, said the project will facilitate and make risk insurance and financing easily accessible to help build a resilient society for the achievement of the Sustainable Development Goals (SDGs).

He explained that disaster risks were on the increase and were often compounded by the impacts of climate change and deficiencies in the frameworks for planning, financing, infrastructure development, and inter-sectoral coordination.

He said while disaster risks were on the increase, there was a huge protection gap in developing countries, where less than five per cent of disaster losses were covered by insurance, versus 50 per cent in high-income countries.

He said “it is estimated that the potential market for inclusive insurance alone is at least four billion people, representing a protection gap of staggering proportions.

So, increasing affordable access to insurance and risk financing has a critical role to play in delivering the SDGs and reducing the impact of weather/climate-induced disasters on development.”

The Deputy Insurance Commissioner, Kofi Andoh, said as regulators of the insurance industry, emerging risks such as climate change was a worrying one because there were some places in Accra where some insurance companies felt very reluctant to insure the people who ply their trade or live in the area.

Therefore, he said the issue needed an immediate response to help reduce the protection gap.

“Ghana passed a new Insurance Act in 2021 and that has some provisions to help in reducing the protection gap, reach out to the vulnerable and unreached and help to use modern methods and tools to make insurance available including index insurance, use of technology and innovation,” he said.

In a speech read on his behalf, the Chief Executive Officer (CEO) of Allianz Ghana, Ababacar Diaw, said the project was an important contribution to the increasing climate resilience in Ghana.

“Insurance as an innovative financial instrument holds immense potential to strengthen disaster and climate risk management risk strategies such that it tackles residual risks and minimises food impacts thus, in all phases of disaster risk management cycle, rapid and predictable pay-out play an important role in significantly reducing the fiscal impacts of shocks,” he said.