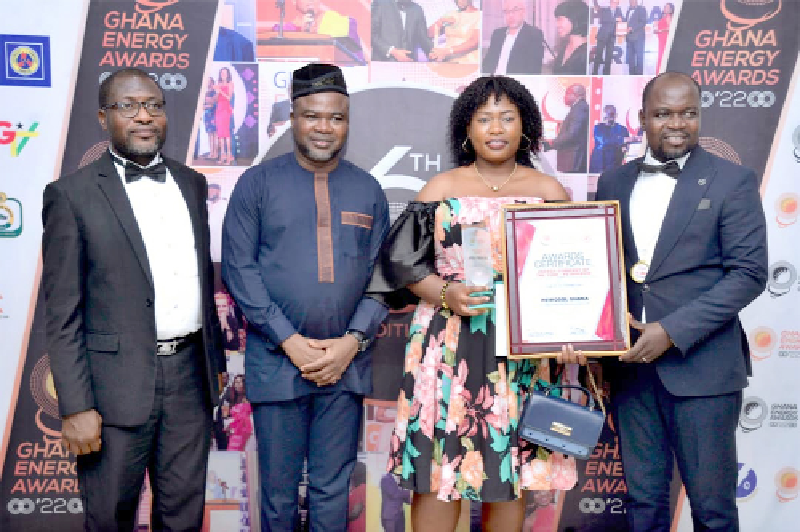 PETROSOL Ghana Ltd, a leading Ghanaian Oil Marketing Company (OMC), has been adjudged the Energy Company of the Year 2022 for the petroleum category at the just ended 2022 Ghana Energy Awards.

A citation that came with the award said the company won the award in recognition of the high quality of its petroleum products; its delivery of an accurate quantity of fuel to consumers; its commitment to environmental sustainability; its high level of professionalism, as well as the jobs it had created for the youth across the country.

Commenting on the award, the Chief Executive Officer of PETROSOL, Michael Bozumbil, expressed his delight at the recognition, especially coming from such highly respected energy sector awards organisers.

He dedicated the award to the company’s cherished customers across the country who have demonstrated their confidence and loyalty to the PETROSOL brand over the years, as well as their dedicated dealers and staff, whose hard work and commitment to duty have earned the company the award.

Mr Bozumbil was also grateful to their regulators, as well as other key stakeholders for their support over the years.

He further indicated that he and his team would not rest on their oars but remain focused on ensuring that they continued to deliver value for money to their customers, as well as operated ethically through regulatory compliance, as well as tax payment compliance.

PETROSOL, which operates several fuel stations across the country has won several awards for its commitment to best industry practices and was recently congratulated by the Commissioner-General of the Ghana Revenue Authority for its tax compliance.

The Ghana Energy Awards annually recognises players in the energy sector that are demonstrating excellence in their operations.