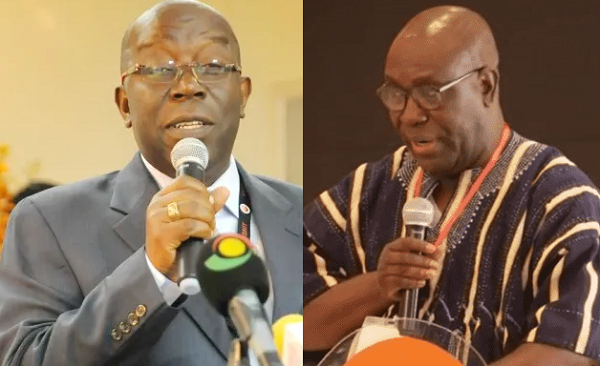 Between the months of May and June of 2019, the Social Security and National Insurance Trust (SSNIT), in collaboration with the Trades Union Congress (TUC), undertook a nationwide educational fora on pensions.

The exercise was undertaken in 10 selected regional capitals. The regional meetings were held to promote knowledge of the SSNIT scheme, empower organised labour as peer educators on social security issues and demystify some of the misconceptions surrounding pensions computation.

The meetings were part of the Trust’s programme to intensify public education with key stakeholders of the scheme.

Pensions are critical because they help people maintain their standard of living in retirement, and savings provide important supplemental income for unforeseen expenses.

Against this background, the exercise was not only crucial but timely, albeit this was done some three years ago.

This year, SSNIT has taken the exercise to other stakeholders in a bid to rake in more people, particularly those from the informal sector where there are many more people who do not understand the value of the scheme.

Shouts from the rooftop

A couple of weeks ago, the TUC, in its last media encounter, demanded what it described as a total overhaul of SSNIT.
Citing reasons for the demand, the Secretary-General of the union mentioned disparities in the pension scheme and the low pension premium paid to public sector retirees, adding that SSNIT was not functioning as it was expected to.

For him, the essence of SSNIT was completely gone, questioning what social security was when a large number of contributors earned as low as GH¢300 each with others taking as much as GH¢120,000 and above.

Much as the TUC reserves the right to question the scheme and what members of the union earn when on retirement, the union’s position sounds baffling, especially when there are those who are contemplating to join the scheme or are being persuaded to do so.

TUC on SSNIT board

The TUC is represented on the SSNIT Board and, therefore, there is no doubt that it has a strong voice to be able to have the SSNIT law, as it stands now, changed in a manner that will allow workers to have what the union thinks workers truly deserve.

It is interesting to learn that the TUC did not provide alternatives or make any recommendations to tackle the root cause of what it deemed to have necessitated the call for reform.

It is expected that with its presence on the board and the level to which the union is heard in such sensitive matters, it would rather have been able to use its presence on the board to probe further how much each worker is contributing to the scheme and how much that worker deserves at the end of the day. It is a fact all over, that low pension is a reflection of the low salaries on which pension contributions are made.

The TUC questioned the importance of the SSNIT scheme, wondering why the scheme paid pension of GH¢300 to some members when the law clearly stated that workers could earn up to a maximum of 60 per cent of the average of their three best years’ salaries.

Each year, SSNIT adjusts pensions upwards through indexation. Aside from the percentage increases, all pensioners are given a fixed amount.

The trust has explained that the fi xed amount is a redistribution of a percentage of everyone’s pension to cushion those receiving low pensions.

Again, with the capping of the salaries on which workers can pay social security contributions under Act 766 (National Pensions Act), compared to PNDC Law 247 which had no limit, it is expected that the disparities referenced in pension payment can eventually be resolved.

But until that is done, the disparities will persist. Some checks have revealed that at the time of drafting the three-tier pension scheme for passage, organised labour, and for that matter the TUC, was well represented and, therefore, if there is any just cause to further review what has been done after 12 years of implementation, TUC must come up with a paper to argue its case.

Considering the fact that pensions are determined using the best salaries declared to SSNIT, and that the law allows contributions on basic salaries and not allowances, the debate rather should be on whether to pay social security contributions on all earnings or leave it as it is for contributors to earn according to what they contribute only.

It must be clearly noted that SSNIT is not what it used to be some 20 years ago because it is suffering. Recent actuarial valuations suggest that the funding rate of 11 per cent (SSNIT remits 2.5 per cent out of the 13.5 per cent it receives to the National Health Insurance Authority) for monthly pensions is woefully inadequate.

Again, the release of workers’ contributions by the government has also been very erratic, a phenomenon which affects the liquidity of the fund. This must be addressed, and urgently too; and to all intents and purposes, this is where labour must lead an action for a review.

It is also important for the TUC to ensure that investments are optimal and inure to the benefit of the scheme and for that matter the worker.

SSNIT has saved the country GH¢312.27 million as a result of the deactivation of 21,337 pensioners from its database.

The savings follow the inability of unscrupulous people to renew the life certificates necessary for the collection of pensions from April 2018 to June this year.

The affected pensioners, who have been presumed not to be alive, failed to go to SSNIT offices across the country to renew their pension certificates within the five-year period, thereby preventing the national pension fund from paying any pensions to them.

It is not all well and gloomy, but the steps towards having a near perfect scheme is ongoing. Labour must not sit away from the table where critical decisions are made and jump to the public gallery to lament.

Its presence on the board must be felt so that in the end, the same people whose interests it represents would be felt.

What this means is that the two bodies must work hand in hand because they both serve the interest of workers in the country.