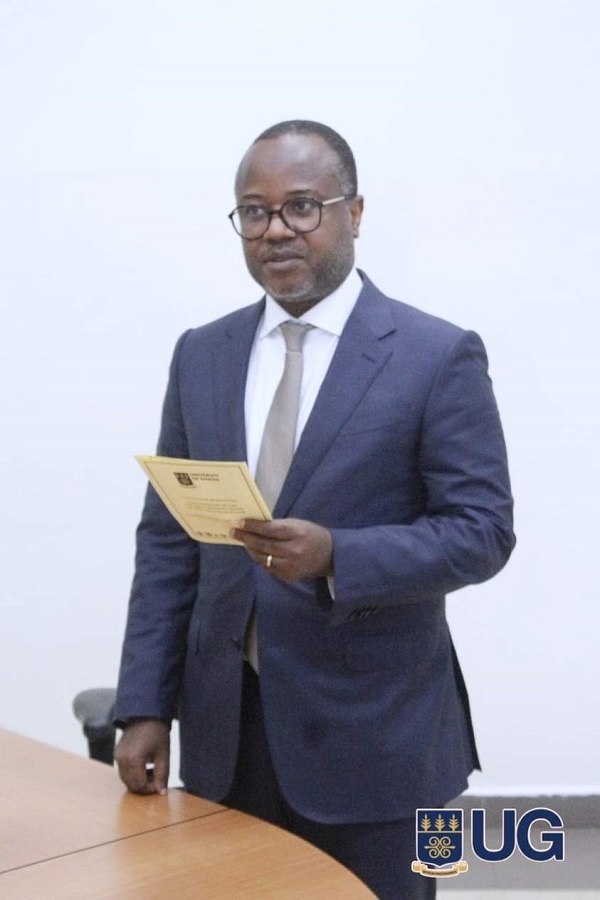 THE First Deputy Governor of the Bank of Ghana (BoG), Dr Maxwell Opoku-Afari, has been appointed Chairman of the Advisory Board of the University of Ghana’s College of Humanities.

The Vice-Chancellor of the University of Ghana, Professor Nana Aba Appiah Amfo announced this when she inaugurated the 15-member Advisory Board of the College.

At the brief ceremony, she noted that the board was a strategic partner of University of Ghana, Legon in the quest to train students for the world of work and global citizenship.

Professor Amfo was hopeful for a fruitful tenure and said that she is looking forward to receiving support from the Board through their deliberations.

Dr Maxwell Opoku-Afari is a Ghanaian economist. He was appointed to the position of First Deputy Governor of the central bank on August 7, 2017.

Prior to assuming the role of Deputy Governor, Opoku-Afari worked at the International Monetary Fund (IMF). He also worked for 13 years at the Bank of Ghana, rising through the ranks to become the Head of the Special Studies Division in the Research Department between January 2005 and June 2006, and later elevated to the position of the Special Assistant to the Governor of Bank of Ghana from June 2006 until he left the Bank of Ghana in October 2009.

Dr Opoku-Afari attended the Pope John Senior High School and Minor Seminary from 1987 to 1989. After graduating, he went to University of Ghana for his first degree in Economics and Statistics and an Mphil in economics. In 2004, he obtained a PhD in Economics from the University of Nottingham in the United Kingdom.