National carrier to be called ‘GhanaAirlines’ 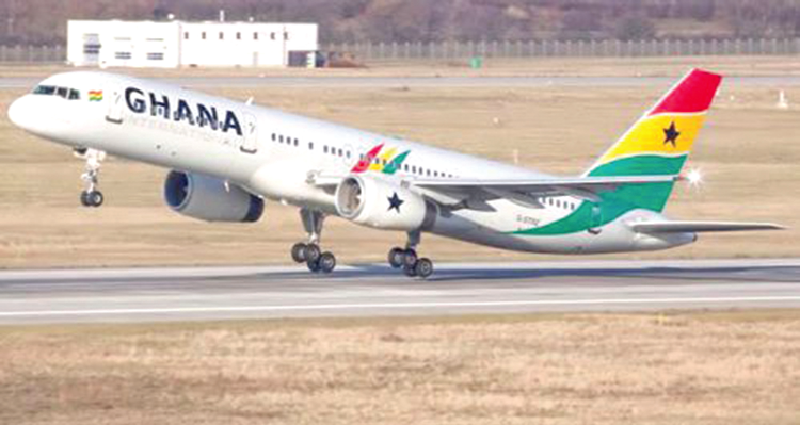 The proposed national carrier to be ready next year
30.5k Shares

GhanaiaNs can be assured of a new national carrier next year in line with the government’s vision to make Ghana an aviation hub in West Africa.

Consequently, the government was finalising the necessary documentary procedures in order to make the proposed national carrier operational which will be known as “GhanaAirlines”.

The Minister of Finance, Ken Ofori-Atta, who disclosed this during the presentation of the 2023 Budget and Economic Statement to Parliament in Accra last Thursday, stated that shareholders and partnership agreements had been signed with a selected strategic partner for the home-based carrier.

“The airline is expected to be operationalised in 2023,” he said.

The last national carrier the country owned was Ghana International Airline but its operations were short-lived when it became defunct around 2006.

Since then, the country has not had a national airline, in spite of efforts by successive governments.

The proposed national carrier was one of the flagship campaign promises of the governing New Patriotic Party (NPP) while it was in opposition.

In October 2020, Ghana government signed a memorandum of understanding (MoU) with EgyptAir (MS, Cairo Int'l) for the establishment of a new flag carrier.

The government at the time was expected to maintain a 10 per cent shareholding in the new airline, with the majority of shares to be held by private investors.

This followed a similar MoU in 2018 with Ethiopian Airlines (ET, Addis Ababa), but that agreement appeared to have snagged over disagreements on routes, funding, and the management contract.

This led to the establishment of a new committee to vet all proposals, after the erstwhile Ministry of Aviation (MoA) was subsumed into the Ministry of Transport (MoT).

As a result, Mr Ofori-Atta stated that shareholders and partnership agreements were signed with a selected strategic partner for the home-based carrier which will be known as “GhanaAirlines”.

He said the airline was expected to be operationalised next year.

The minister maintained that to open up the country for efficient movement of people, goods and services and promote tourism, the upgrading of the Tamale Airport was completed and undergoing operational readiness and transfer (ORAT).

He said the Tamale Airport would serve the Sahelian Region and also as an alternative to KIA.

“Additionally, a draft feasibility report on the Central/Western Region Airport was submitted and is being subjected to stakeholder engagement,” he said.

He said in line with the government’s policy to improve air connectivity, boost trade and tourism, the MoT rehabilitated, commissioned, and operationalised the Sunyani Airport.

He said the construction of Phase II of the airport would commence in 2023. The scope of work will include extension of the existing runway, and the existing terminal building will undergo expansion and remodeling.

Mr Ofori-Atta stated that to ensure safe launching and landing of artisanal fishing canoes as well as create and maintain hygienic environments, create jobs for the beneficiary communities and also improve their livelihoods, the government constructed 12 fish landing sites and two fishing ports.

He said the ports were at various stages of completion.

“Additionally, the development of complementary projects such as fish smoking pavilions, health centres, multiple purpose market facilities, sanitary facilities and drainage systems were at various stages of completion,” he said.

He said to increase port traffic, revenue generation and job creation, the development of the phase I of the container and multi-purpose terminal with a 600-metre quay wall at the Takoradi Port capable of accommodating bigger vessels has been fully completed.

Following the completion of feasibility studies for the Volta Lake Transport Improvement Project, Cabinet and Parliamentary approvals were obtained for a loan facility.

The main components of the project include: a Slipway; an Integrated Management System (IMS); and 10 landing stages with reception facilities at Agordeke, Akateng, Dambai, Dodoikope, Kete-Krachi, Kojokrom, Kpando Torkor, Kwame Dwamena, Makango and Yeji; as well as the supply of five modular passenger and vehicle vessels.

He said to decongest the Port of Tema and facilitate transit trade through Ghana’s transit corridor, the construction of the Boankra Integrated Logistics Terminal (BILT) is on-going.

He added that two transit truck parks at Paga and Elubo were constructed and commissioned for operation as part of efforts to improve trade and facilitate smooth flow of cargo to neighbouring landlocked countries.