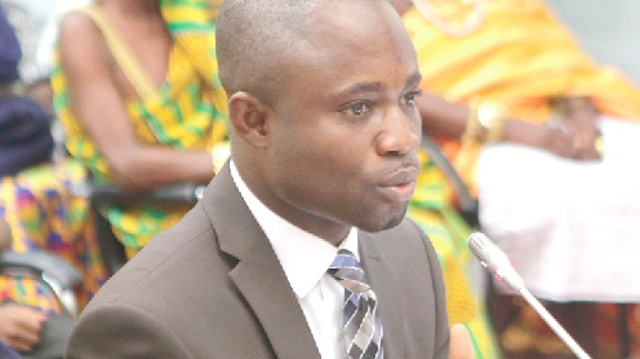 The Deputy Minister of Lands and Natural Resources in-Charge of Mines, Mr Kwabena Mintah Akandoh, has urged mining companies to engage communities for their input before undertaking any rehabilitation works on mined out lands within their concessions.

The Deputy Minister was conducted round the rehabilitation sites by officials of the company, the Chief Inspector of Mines, Mr Obiri - Yeboah Twumasi and Mr Ambrose Amoa-Ashia, the DCE of the Upper Denkyira West Assembly.

He said in rehabilitating the mine out areas, consideration should be given to economic and exotic plants so that communities around the mine could benefit.

The Manager of Health, Safety, Environment, Social and Community Development of Perseus Mining, Mr Michael Apim-Sackey, informed the Deputy Minister’s entourage that the company had in place a Community Consultative Committee (CCC) with the District Assembly duly represented.

He said the CCC held constant engagements on all issues that impacted on the Community, including the Mine’s rehabilitation programme, and that the Deputy Minister’s proposals had been given consideration already.

He said the company was currently partnering GIZ to undertake Alternative Livelihood Projects, such as livestock, vegetables, fruits and cocoa farming.

Mr Apim-Sackey said the Project was designed under cooperative systems where group members from within the catchment areas would be registered and trained to own the projects, thus, deepening local content at the community level, and also having to save the company foreign exchange in importing these products from abroad.

The Deputy Minister also toured the newly built modern resettlement site of about 174 homes for community members whose original settlement was affected by the company’s operations.

He commended the company for the project and appealed to Management to endeavor to provide a market at the new settlement to save the settlers the trouble of having to travel long distances to the local market in Ayanfuri.