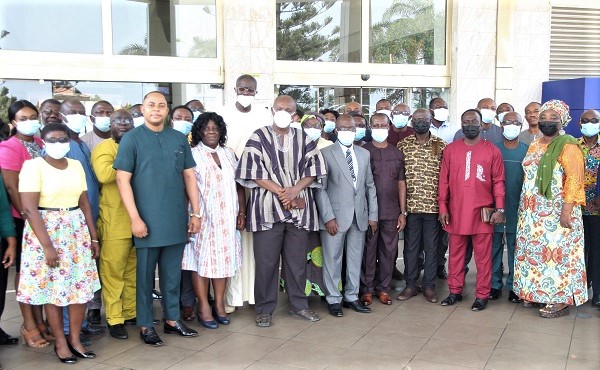 The Food and Agriculture Organisation (FAO) representative to Ghana, Mr Ndiaga Gueye, has indicated that several opportunities abound in agriculture as a driver of the African Continental Free Trade Area (AfCFTA) for businesses in Ghana to take advantage of.

He noted that agriculture contributed slightly 30 per cent of the labour force in Ghana and through the AfCFTA, it could lead the growth and structural transformation of the economy.

He, however, said in spite of the emerging opportunities of agriculture in the AfCFTA, there were still some gaps in the country’s preparedness to participate competitively and benefit from the increased envisaged trade prospects in the agreement.

Mr Gueye made this submissions in Accra on Tuesday during a workshop organised by the FAO aimed at strengthening structures and frameworks for the agricultural sector to participate completely in the AfCFTA.

The occasion brought together stakeholders from Ministry of Agriculture, Ghana Standard Authority, Food and Drugs Authority, Ministry of Trade and Industry, among others.

Mr Gueye further commended the government of Ghana for prioritising food and nutrition security through several integral programmes being implemented to significantly increase agricultural productivity as the bases for industrialisation, job creation and export.

While such interventions had been beneficial and contributed significantly to the growth of the agricultural sector, he said the country continued to have myriads of challenges that was slowing the transformational trajectory of the sector.

“To overcome these current challenges as to build back better in the wake of the pandemic, now is the time for an improved trade facilitation and greater cooperation,” Mr Gueye said.

He assured that FOA would continue to pledge it support and commitment to such programmes while looking forward to building stronger partnership in enhancing the country’s food system.

On his part, the Chief Director of the Ministry at the Ministry of Food and Agriculture, Mr Robert Patrick Ankobiah, noted that the agricultural sector provided numerous opportunities in both rural and peri-urban areas.

Conversely, he said those opportunities had not been fully utilised due to a myriad of factors such as limited access to natural resource base such as land, irrigation, social and physical infrastructure as well as a well/defined access to markets and trade facilitation.

Furthermore, he said the rampaging COVID-19 pandemic continued to impact on global trade, thus, throwing the world into serious of restrictions on cross boarder travels and negative economic impact.

Amidst all those challenges, Mr Ankobiah said agricultural trading still remained one of the most important drivers of economic growth as means through which African nations could insulate themselves from economic shocks such as those resulting from the effect of the COVID-19.

He, therefore, said the establishment and introduction of the AfCFTA to create a single market for goods and services would pave way for member nations, especially Ghanaian businesses, to take advantage of the agreement by producing and exporting goods and services to other African countries.